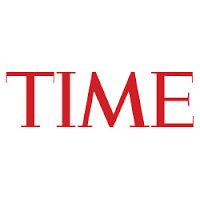 TIME: Prominent Chinese Lawyer Goes Missing on the Day He Was Supposed to Be Released From Prison

A prominent Chinese human rights lawyer disappeared Thursday, the day of his scheduled release from prison, according to Agence-France Presse.

Jiang Tianyong was among the more than 200 lawyers and human rights defenders detained since 2015 in the Communist Party’s broad crackdown on critical activists.

Jiang’s sister and father had planned to meet him outside the No.2 Henan prison were he was going to be released Thursday, his wife, Jin Bianling told AFP.

But Jiang never appeared. And now his sister and father also seem to be missing, according to Jin, who is based in the U.S.

“I am angry at the authorities — China’s law is just trash,” she told AFP.

Police outside the jail reportedly held Jiang’s supporters back from the prison’s entrance on Thursday.

The 47-year-old lawyer has been detained since Nov. 2017 for subversion, a charge U.N. rights experts have condemned.

Jiang is well-known for defending other human rights activists, as well as Tibetan dissidents and members of the persecuted Falun Gong religious movement. He defended several lawyers who were arrested in a nationwide sweep of human rights lawyers, before being caught up in the clampdown himself.

Throughout his career Jiang has found himself in Beijing’s crosshairs. On at least one occasion, the activist saw an application for his law license renewal denied.

He has also been imprisoned on multiple prior occasions. During one detention, Jiang and other lawyers claimed that they were tortured and told that they would be “fed to dogs.”

But his most recent arrest has sparked increased concern. In March 2018, UN human rights experts expressed fear for Jiang’s alleged ailing health, saying that he suffered memory loss and was possibly drugged while in detention.

Rights groups like Human Rights Watch and Amnesty International have repeatedly called on China to end its persecution, harassment and intimidation of human rights lawyers and their families.