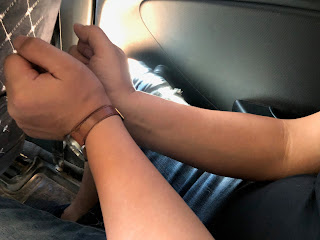 (Urumqi, Xinjiang—July 2, 2018) Since the beginning of last year, the Chinese government has been arresting large numbers of Muslims from the Uyghur, Kazakh, and Hui minority groups. The stories recounted by former prisoners of the detention centers reveal the level of extreme cruelty used by the Chinese government through torture and coercion.

The sufferings of the prisoners in the detention centers, or the “re-education camps,” remain mostly unknown to the outside world. In a detention center in Urumqi, a large number of prisoners die or go insane each day.

Nulan*, a Muslim who immigrated to Kazakhstan, told the reporter that the Uyghur, the Kazakhs, and the Hui people are the main targets of the Chinese government, whose intention is to torture the prisoners to death. “They never plan to let you out alive in the first place. So they injure you by beating you and release you later. If you die in prison, they’ll secretly remove the body.”

Last fall, the Urumqi police criminally detained the 30 year-old Muslim Paqigul without any explanation. It took two months for her family to learn that Paqigul was arrested for installing WhatsApp on her phone. A family member of a prisoner revealed her near-death experience.

According to Alitenggul, Pagigul’s sister, in order to keep the details of the torture a secret, the prisoners are moved to a different detention center each week and locked up with strangers. “My sister was moved to 30 different detention centers over the course of several months. Sometimes, the police move her every seven or eight days. The police are afraid that the prisoners and the prison guards would become friends and the family members would hear about the conditions in the prison.”

Paqigul told her sister that the Xinjiang police always arrest people after midnight. Alitenggul continued, “The police never arrest during daytime because people may see them. They act stealthily during the night. The director of the police station will call, summoning you to provide a signature at the police station. You will be detained as soon as you get in the car. My sister screamed, ‘Why do you arrest me?’ The director of the police station then threatened her by revealing their guns. They put masks on my sister and stopped half way to transfer her to the re-education center authorities.”

Alitenggul detailed her sister’s abuse of being constantly tied to a chair and electrified with a baton. “On the first day, the guard beat her. They put handcuffs and shackles that weighed two kilograms on her when she refused to comply with the orders. On the 10th day, the police increased the weights to eight kilograms. My sister’s wrists and ankles bled and became infected. The police tied her to a chair after she couldn’t walk anymore. She was not allowed to go to the restroom, so she had to relieve herself on the chair. This torture continued for months.”

Paqigul was also imprisoned with Uyghur people and patients with HIV. Some prisoners’ noses and mouths festered. “Maggots appeared from their months and sprawled to their nostrils. The prison guards ordered the female prisoners to strip themselves in front a group of male police and inspected their lower bodies. A woman said to the police, ‘I am a woman. Can you show me some respect?’ The police ignored her and kept watching. According to Paqigul’s pictures, the muscles on her legs began to separate from the bones. I couldn’t stop crying after seeing the pictures.”

In mid-June, the Urumqi Crematorium posted an announcement about hiring 50 guards with the salary of 8,000 yuan ($1,198.68 USD) per month which caused intense online discussions. Shortly after, the advertisement was removed. According to Alitenggul, many prisoners die of anemia.

“Each time my sister asked the police when she could get out, the police answered, ‘You want to get out? The Kazakhs and Uyghur people can never get out once they are here. You’ll die soon after you are released.’ In the morning, the prisoners drink cabbage soup, which even cows refuse to eat. The prisoners only have porridge and a frozen bun for lunch. You have to eat these even if you are ill. The prisoners have to sing the national anthem and praise President Xi Jinping before the meals. Some prisoners lie on the ground and can’t swallow the food. They die after five to six days of starvation. Even if the prisoners can get out alive, they will die of anemia within two days.”

Paqigul had a breakdown and fell into coma after four months of imprisonment at the re-education center. Fearing her death, the police sent her to a prison hospital. There her family was able to pick her up though she was unconscious.

In the detention centers, the detained Muslims wear yellow or black vests. The prisoners in yellow vests will be detained for life.

Alitenggul said, “The arrested Kazakhs and Uyghur people wear yellow vests in prison. They don’t have names. They are called ‘yellow vests’. They are accused of participating in a movement or drug dealing. Some Uyghur people, Kazakhs, and Hui people are sentenced 10-20 years in prison. Some of them are women over 40 years old. Most of them have gone insane. The prison guards ordered the ‘yellow vests’ to beat the newcomers.”

According to Alitenggul, her sister witnessed the police shooting the leg of a senior citizen of Uyghur ethnicity. Afterwards, the senior citizen disappeared.

“The prison never throws away any cloth shoes. The shoes they gave my sister, which were full of holes, were at least worn by more than 100 people. The prisoners do not have socks during the winter. Sometimes, they have to run in these shoes. Their feet were covered with blood. The floor was full of blood. The walls were also smeared with blood. Once, a Uyghur woman couldn’t run anymore. Her shoe fell off, and she bent down to pick it up. A police fired the gun and broke her leg. The blood permeated the snow. The police carried her away, and no one has seen her ever since. Maybe she died. In order to survive, the prisoners kept running even when their shoes fell off.”

During the winter, the prison guards poured cold water on the Muslims. The cruelty stunned the witnesses. According to Alitenggul, the police also hit the women’s breasts with electrified batons. Those who come out of the prison alive are extremely fortunate.

Even though Paqigul has been released for months, she has not yet obtained real freedom. The police installed surveillance cameras on the buildings on the opposite side of her house and forbade her to close the curtains. In addition, she is not allowed to leave the area. She cannot enter supermarkets that require ID cards. According to Alitenggul, the machines in front of the supermarkets beep loudly as soon as her sister taps her citizen ID card. The guards would then appear and prevent her from entering.

ChinaAid is committed to exposing the human rights abuses against minority groups that take place in re-education centers in order to promote religious freedom, human rights, and rule of law.