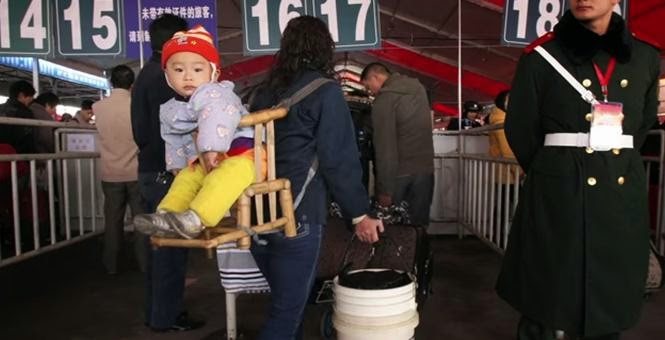 Thirty four years ago today, the communist regime in China enacted its “One-Child Policy,” one of the most disastrous and immoral social policies ever imagined in human history. It was the communist regime’s answer to curb the growth of the world’s largest population.

The One-Child Policy banned most Chinese couples from having more than one child. When couples conceived a second child, the Chinese government forced them to eliminate him or her, by any means necessary. However, because of cultural norms that place a premium on boys, the policy’s victims also included first-conceived children simply because they happened to be girls. In addition, Chinese women who gave birth to baby girls were also victims of this policy because many ended up being shunned by their husbands, families and society.

For over three decades, China’s One-Child Policy has condemned approximately 37 million Chinese girls – who the policy helped deem unwanted or “surplus” – to abortion, infanticide, abandonment and human trafficking. In recent years, the Chinese government has relaxed this disastrous policy and ironically, China now faces demographic decline in the coming decades, in part due to the One-Child Policy. However, innocent Chinese parents are still forced to endure abortions and sterilizations in the parts of the country that are still subject to it.

There have also been additional long-term consequences of China’s One-Child Policy that we see today, including one that I am actively trying to address through legislation I’ve introduced called the Girls Count Act.

According to UNICEF, an estimated 290 million children under the age of 5 do not possess a birth certificate. As we know, proof of birth determines a child’s citizenship, nationality, place of birth, parentage and age, which are critical to ensuring children remain a part of society and do not fall victim to dangers such as exploitation.

While China’s One-Child Policy is not the sole driver of this problem, it has contributed to it. As The Economist reported earlier this year, today there are about 13 million Chinese who lack household registration certificates because they were born in violation of the One-Child Policy. Not having this certificate means they can’t go to school, get a job, get married or do something as simple as check out library books. They have no access to China’s already flawed legal system. They can’t even escape this misery by buying plane or train tickets so they can relocate. Over time, failing to register children at birth leaves them vulnerable to human trafficking and exploitation.

The Girls Count Act I’ve introduced would help address this problem. It would direct current U.S. foreign assistance to provide assistance to support the rights of women and girls in developing countries by working to establish birth registries in their countries.

A nationally recognized proof of birth system is critical to establishing key documentation for a child, which ultimately ensures that child can go on to fully participate and contribute to society. The Girls Count Act will help pave the way for millions – especially young girls and women who have been disproportionately affected – to benefit from new opportunities previously denied to them.

This is but one way we can address the consequences of China’s disastrous One-Child Policy and fully address the long-term havoc it has wreaked on the Chinese people. However, more must be done. The U.S. must continue to advocate for the complete elimination of the One-Child policy and the rights of all Chinese citizens, including the unborn, to live up to their God-given potential.