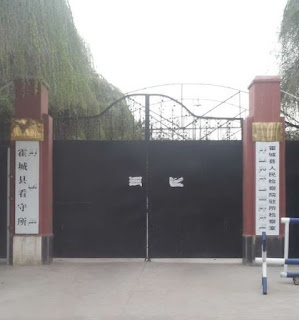 The June 3 ruling against Christians Lou Nannan and Zhang Hong’En was made by the Huocheng County Court in the Yili Kazakh Autonomous Prefecture of the region of Xinjiang after a three-hour hearing, according to Qiao Nong, China Aid’s special correspondent in Hong Kong.

On April 11 at 5 p.m., Lou and Zhang were taken by police from the home of another Christian in the town of Qingshuihe where they had been holding Sunday school classes for four children from Christian families, teaching them games and giving them lessons on principles of proper conduct.

Heavily-armed police arrived in three vehicles and accused Lou and Zhang of proselytizing to minors. They were taken to the local police station and extra-judicially sentenced by the police to 11 days’ detention for “using religion to disturb social order.”

Lou and Zhang were represented at the court hearing by their lawyer, Li Dunyong, while the other side was represented by three people who “appeared to be quite well-prepared,” Li said.

Both sides gave their arguments. Li pointed out that, among other infractions, the police failed to show their identification, failed to produce a search warrant before searching the premises, and failed to leave an inventory of the items they confiscated from the home.

“We said that their procedures were in violation of the law and furthermore that the law was misapplied and enforcement was clearly inappropriate,” he said. “I asked the judge to confirm that the police’s administrative decision was illegal and asked that it be rescinded.”

However, the judge ruled that “the administrative procedure and the penalty were legal,” Li said.

The house church that Lou and Zhang belong to had already faced pressure earlier from the local government. Last July, when the church’s leader Pastor Lou Yuanqi went Beijing to visit relatives, he was stopped at the airport by police who interrogated him, wanting to know if his trip was for the purpose of petitioning the central government. The airport police said they had been alerted to his arrival by Huocheng County police, who had sent out a bulletin to intercept him. Lou was released only after he convinced airport police that his trip had nothing to do with any petitioning plans.