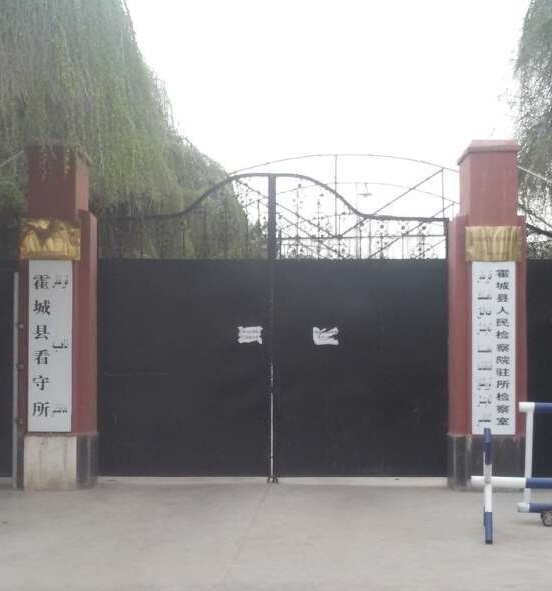 
(Huocheng County, Xinjiang–April 28, 2015) Two Christians in China’s far western Xinjiang Uyghur Autonomous Region were placed under an 11-day administrative detention on April 11 for “utilizing religion to disturb public order” because they were teaching the children they were babysitting character-improvement lessons based on the Bible’s teachings.

“At about 5 p.m., on April 11, police knocked on the door of a Christian named He Mengting’s residence and broke in,” said a local church member in Huocheng County, Yili Kazakh Autonomous Prefecture, Xinjiang. “Several children were gathered at He’s home because their parents had to work. Their mother asked Lou Nannan and Zhang Heng’En, who go to the same church as the family, to babysit. Having been trained in caring for children, they agreed. They taught the children some character-building lessons based on the Bible. After police broke in, they videoed the scene and took the seven children, Lou Nannan, and Zhang away.”

“Lou Nannan, the daughter of Pastor Lou Yuanqi … was taken by police. That night, her father waited for news from the police. The next morning, they took the children to the detention center at Huocheng County Public Security Bureau, where they were released. Lou Nannan and another church member were not released,” Beijing-based lawyer Li Dunyong said.

Pastor Lou confirmed that he waited outside the gate of the detention center after his daughter was detained. “Authorities told me no one could visit the detainees and wouldn’t allow me to give my daughter daily necessities,” Pastor Lou said.

The following day, Pastor Lou was told by the Huocheng County Public Security Bureau director that the local police station was handling the case. When China Aid contacted the local police department, an officer informed us that the public security bureau was in charge of the case.

Finally, Pastor Lou was allowed to look at Lou Nannan’s detention notice, but the officer at the public security bureau who showed it to him wouldn’t allow him to take a picture or make copies of it. Pastor Lou said the notice stated his daughter and Zhang, a member of Pastor Lou’s house church, would be in detention for 11 days.

“My daughter went to teach the children how to play games and be good people. The ideas were from the Bible. The police claimed my daughter and Zhang were illegally proselytizing to minors. They didn’t disturb anyone. They didn’t do anything illegal,” Pastor Lou said.

Pastor Lou faced persecution last year, on July 7, when authorities detained him at an airport where he was attempting to travel to Beijing to visit a relative. The police told Pastor Lou that they had received information from the Huocheng County Public Security Bureau that he was going to Beijing to petition authorities. Pastor Lou was later released.

China Aid reports cases like this to expose the abuses that Chinese citizens suffer at the hands of the government. This case demonstrates the lack of religious freedom faced by practitioners of all religions in China.

It has been investigated and found that, around 6 p.m. on April 11, 2015, Lou Nannan and Zhang Hong’En taught Bible verses to seven minors, including Wu Mingyue and Li Xiang, at He Mengting’s home located in the residential apartment complex of a cement factory in Xingshuihe town, Huocheng County. It has been found that since 2013, Lou Nannan and Zhang Hong’En have taught bible verses to this group of minors multiple times. Lou’s behavior has constituted the crime of “misusing religious reasons to undermine society.”

In accordance with Clause 2, Article 27 of the Public Security Administration Punishments Law of the People’s Republic of China, we thereby made the decision of administrative punishment to detain Lou Nannan for 11 days.

Method of execution and time limit: Police handing the case will hand Lou Nannan over to Huocheng county detention center to be detained from April 12, 2015 to April 23, 2015.

The Notice of Administrative Punishment Decision has been read and given to me.

This document exists in three copies, one each to the person penalized and the agency executing it, and one file copy. In a public security case involving a victim, one copy shall be delivered to the victim.

The detainee has served the detention time.