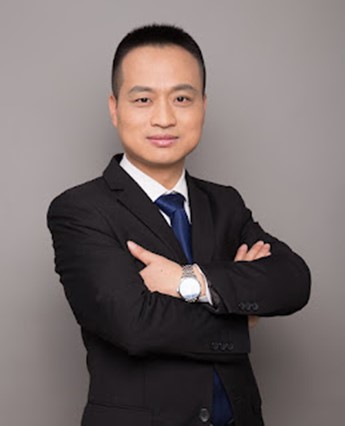 During the process of attempting to meet with Minister Zhao, Attorney Fang encountered numerous obstacles from the procuratorate. When Lawyer Fang entered the procuratorate’s hall, he told a staff member the purpose of his visit. Lawyer Fang stated that “illegal holding of materials promoting terrorism and extremism” constitutes a charge in Chapter 2 of the “Special Provisions of Criminal Law.”—not in Chapter 1, as notes regarding Minister’s case note.
Chapter 1 includes charges pertaining to “Endangering National Security.” Nevertheless, detention center officers did not allow Lawyer Fang to meet with Minister Zhao. Officials stated that the reason for refusing a visit [with no legal ground] related to “Endangering National Security.” Lawyer Fang handed his documents to a detention officer and stated that he had never heard of this charge, and had to search for it online. When Lawyer Fang asked the detention officer to help him contact the procuratorate in charge of appeals, the officer told him that he had to call 12309 to make an appointment. Although Attorney Fang called the number repeatedly, the line remained busy.

A young female staff walked over to Lawyer Fang and scolded him, “You are not allowed to bring a cell phone into the building.”

“Is there any article of the law pertaining to that rule?” Lawyer Fang asked. “You don’t allow me to bring my phone, so why did you direct me to call 12309?

At that time, a security guard came over.

Two procuratorates then approached Lawyer Fang. One asked him, “Are you here to help your client, or to perform a show for him?” As the other procuratorate video recorded him, Lawyer Fang challenged them regarding the reason for shooting videos. When Attorney Fang photographed them, the procuratorates threatened to call the police.

One of the procuratorates asked Lawyer Fang to show them his attorney’s license and delegated authorization letter. He asked Lawyer Fang. “Why did you not bring any photocopies of your license?”

Lawyer Fang said, “I have he has been working in legal field for many years and this is the first time anyone has requested to see photocopies of my legal license….” He reported that he sensed the procuratorates’ hostility toward him when they asked him to step outside, go through the security check, deposit his cell phone, and step back in.

After he left the procuratorates, Lawyer Fang continued to call 12309. The operator answered this time and established a group call that included the Shanxi provincial procuratorate, the Lüliang City procuratorate, and him. During the phone call, Lawyer Fang complained about the Wenshui County Public Security Bureau’s illegal confiscation of Minister Zhao’s personal belongings, their illegal administrative detention of him, and illegal prevention of preventing him, his lawyer from meeting with Minister Zhao.

1. Why was there no on-call procuratorates available to answer phone calls when I initially called 12309?

2. Is there any article of the law that forbids lawyers from bringing cellphones to a procuratorate? Detention officers asked me to call 12309, however, they did not allow me to bring my cell phone inside the facility. How can lawyers handle such conflicting requests?

3. The two procuratorates in Lüliang City who antagonized me did not review my documents. I question, What do they want to do? They even threatened to file a complaint against me and call the police.
Again, I urge the Lüliang City procuratorate to respond with your opinion. Feel free to complain about me or call the police. Remember, however, to bring the full video the procuratorate recorded.
I urge the Lüliang City procuratorate to seriously review such rude procuratorates. I also urge that Chinese Communist Party (CCP) officials closely supervise the Shanxi Provincial procuratorate.
Lawyer Fang, one of 709 human rights lawyers, has delegated many cases regarding religious persecution and human rights’ violations. He once worked as lawyer Zhang Kai’s assistant to represent Pastor Huang Yizi after Wenzhou police seized him late at night on August 25, 2015. CCP authorities charged him with “Assembling a Crowd to Disturb the Social Order,” and “illegally collecting and releasing state secrets to foreign hostile organizations.” Wenzhou Public Security Bureau authorities placed Pastor Huang under house arrest for three and a half months.

On October 23, 2020, Nanhu police summoned 12 other lawyers with Attorney Fang to their station (in Qingxiu District, Nanning City, Guangxi Province) for exposing the “Banmeila fraud case” to Guangxi Province politics and law committees.

###
and that we may be delivered
from unreasonable and wicked men;
for not all have faith.
~ 2 Thessalonians 3:2 (NKJV)
China Aid exposes abuses in order to stand in solidarity with the persecuted and promote religious freedom, human rights, and rule of law. If you wish to partner with us in helping those persecuted by the Chinese government, please click the button below to make a charitable donation.