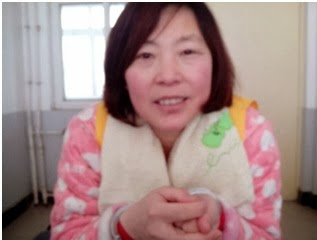 (Nanle County, Henan—March 7, 2014) The lawyers for two Nanle County Christians were allowed to meet with their clients this week in China’s central Henan province.

Chang met with Zhang Cuijuan, who was detained on Nov. 16 (see https://chinaaid.org/2013/11/three-self-sanctioned-church-pastor-and.html and https://chinaaid.org/2014/01/exclusive-identity-of-12-detained-nanle.html) on Wednesday at the Puyang Municipal Detention Center, where she is being held on the charge of “gathering a crowd to disrupt public order.”

“Our meeting lasted less than an hour. Her condition was OK and was relatively peaceful. Her emotional state was OK, too,” Chang said. “So far, we have not seen the documents [stating her charges]. They said we can get them tomorrow. We don’t know whether they have changed her charge or not.”

Chang also said that this is the second time since his client was detained 3-1/2 months ago that he has been allowed to meet with her. However, not all parties viewed the meeting as positive.

Additionally, Xu was allowed to meet with Fan, who is also being held at the Puyang Municipal Detention Center on the charge of “gathering a crowd to disrupt public order,” on Tuesday.

“They were fighting for their rights. We think this does not constitute a crime,” Xu said of the charge against his client.

Xu also said that even though Zhang Shaojie will be facing trial for the same charge, that doesn’t necessarily mean that Fan be tried for her charge. Xu said that it would be up to the procuratorate to submit the case to the court after it is returned from being investigated.

Change of venue
In other news, Zhang Shaojie’s lawyers have received more information concerning their desire to see the trial move to another court in hopes of a fair trial. Lawyer Zhao Yonglin told China Aid that a judge at the Nanle County Court suggested that the lawyers submit an application to move the trial. The lawyers then sent the court an opinion statement, which the court refused.

“The court called lawyer Liu Weiguo and mentioned this opinion statement. They said that when we propose it as a lawyers’ opinion statement, they would feel awkward to report it to their superiors. They asked us whether we could change it to a request or application and submit it to them. It seems they are still considering this matter,” Zhao said.

Zhao and Liu, who both represent Zhang Shaojie, demanded that the trial be moved from the Nanle County Court to the Puyang Intermediate Court or another even further removed during a pre-trial meeting on Feb. 11 (https://chinaaid.org/2014/02/lawyers-for-nanle-county-pastor-demand.html).

“I talked for a long time [to the judge]. I repeatedly told him that if he personally tries the case, he will come under great pressure. I asked him, ‘As a judge, you stand between the major leaders of the local area and Zhang Shaojie; can you serve that function?’ He didn’t say anything,” Zhao said. “I feel he can at least listen to me. It is better for him to have such considerations in this respect.”

Other Nanle County Christians
Believers in Nanle County reported persecution from the local police during the past week.

“They are taking people into custody. When Zhang Shengwei, a believer, went out to shop today [Wednesday, March 5], the people from the town’s government rode away on his electric bike and took him in their vehicle,” a local citizen said.

Other believers felt threatened as well. “Four or five people have gone [looking for my mother and me at the church.] We asked one man why they didn’t allow us to see my father, Wu Guishan. When I saw this attitude of theirs, I felt they wanted to take me and my mother away from the church. When we saw this, we left the church. In the afternoon, I heard from other people that our town’s government had gone to look for us again,” Wu’s daughter said.

Most recently, believers related to the three Christians who have disappeared into police custody have attempted to file a nonfeasance lawsuit against the Nanle County Public Security Bureau (https://chinaaid.org/2014/02/nanle-county-believers-attempt-to-file.html).

China Aid will continue to monitor the situation. Please pray that there will be insufficient evidence gather in the reinvestigations of Zhang Cuijuan and Fan Ruiling. Also, pray for the other four detained believers and the three who are missing.