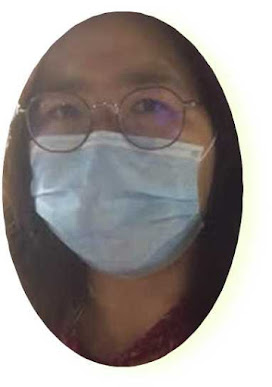 Zhang Zhan in Wuhan, before CCP authorities arresting her.
(Photo: ChinaAid)
(Shanghai [not part of a province], China—Dec. 10, 2020) On December 9, when Attorney Zhang Keke, the representative for Lawyer Zhang Zhan, also an independent journalist, visited Ms. Zhang in Pudong District Detention Center in Shanghai, he discovered that due to torture, her health had deteriorated. The following report from this visit merits a call for Lawyer Zhang Zhan’s immediate release.

I had my second visit with Zhang Zhan in Pudong District Detention Center on Tuesday (December 8) afternoon. Ms. Zhang showed up wearing thick pajamas; with unkempt hair and wearing a face mask. When she removed her mask, I realized that detention center personnel had inserted the tube feeding into her stomach through her mouth and nose.

Officials had put a restraint strap around her waist, which forced her left arm to remain in the front and her right arm restrained in the back. Ms. Zhang said guards forced the restraint strap on her because she wanted to remove the feeding tube. Because of the restraining strap, she struggled when using the restroom and needed assistance. She also experienced trouble sleeping with her arms being bound to her body 24 hours a day.

I told Ms. Zhang, “All your family members, friends, and lawyers urge you to start eating food.”

She shook her head and responded: “I will not stop my hunger strike [my prayer fasting].”

When I advised her there would not be another court session in the near future, Ms. Zhang burst into tears. “I thought there would be a court date in early December,” she said, “I’m not sure I can continue to carry on.”

Ms. Zhang told me she’s suffering from headaches, dizziness, stomach aches, and a sore throat as well as a sore mouth. These problems may be caused by the stomach tube.

“I am really mentally and physically exhausted,” she said, “Every day, I suffer terribly.”

When I talked with her about the indictment of “fabricating and disseminating false information, Ms. Zhang said “I never fabricated any false information. I personally visited knowledgeable people in communities, drug stores, as well as in supermarkets near Wuhan’s railway station. I interviewed many Wuhan residents to ensure I obtained, credible first-hand information, which included the quality of vegetables distributed to residents during the pandemic lockdown, and the price of the Covid-19 Nucleic Acid PCR Test.”

While she was talked, Ms. Zhang cried. “” I am in terrible health,” she said, have suffered a lot. The restraint strap made it worse.”

Although the only things between us were the steel bars and plastic film, I felt powerless to help her,

I will keep praying and pondering over God’s words,” she said. “God’s words can comfort me.”

Ms. Zhang cited 1 Corinthians 10:13: “God is faithful; he will not let you be tempted beyond what you can bear. But when you are tempted, he will also provide a way out so that you can endure it.” She also recounted John 12:24,“ Unless a kernel of wheat falls to the ground and dies, it remains only a single seed. But if it dies, it produces many seeds.”

At that point, even though I knew officials would not allow her to bring a Bible into the detention center.

I felt ashamed that I had forgotten to bring Ms. Zhang a Holy Bible.

Ms. Zhang has realized the value of God’s Word. She told me, “I regret not spending more time reading the Bible in the past.”

After I left the detention center, I visited Ms. Zhang’s mother and told her about our conversation. Just as I had witnessed Ms. Zhang’s tears, I saw her mother’s sadness flow down her face.

Pastor Bob Fu, ChinaAid founder, considers Lawyer Zhang, one of today’s saints. Despite daily torture, she vows that she will not stop her prayer fasting. Her fortitude strengthens as she mediates on verses she had memorized from the Bible. “The Word of God is my only strength and comfort,” she said.

Chinese Bible.
(Photo: Flickr)
China Aid exposes abuses in order to stand in solidarity with the persecuted and promote religious freedom, human rights, and rule of law. If you wish to partner with us in helping those persecuted by the Chinese government, please click the button below to make a charitable donation.