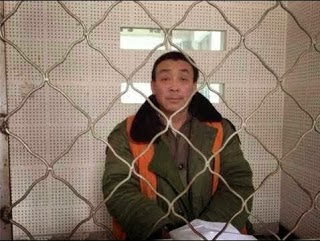 China Aid Association
(Nanle County, Henan—Jan. 16, 2014) Two lawyers were allowed to meet with two Nanle County Christian Church members, who have been detained for two months, on Tuesday and Wednesday.

Since yesterday’s report of the meeting (https://chinaaid.org/
2014/01/exclusive-identity-of-12-detained-nanle.html), ChinaAid has learned that lawyers Li Jinglin and Liu Weiguo met with Yan Beibei and Zhang Shaojie, respectively.

On Tuesday morning, Li visited the Nanle County Detention Center to meet with Yan Beibei, who, at 23, is the youngest of the 12 detained church members. Li was turned away at first, but was allowed to meet with Yan later in the afternoon.

“Beibei was very excited when he saw me, and he even wept,” Li said. Yan told Li that he had been bullied while in detention. Yan also said that he misses his wife, whom he married only a month before his Nov. 15 detainment.

The following morning, Liu tried to meet with Zhang Shaojie, who was detained on Nov. 16 (https://chinaaid.org/2013/11/update-three-self-sanctioned-church.html) at the Nanle County Detention Center. After some time, an employee told Liu the he needed to get approval from officials to meet with the defendant and that approval papers needed to be processed at the court. Liu told the employee that this requirement was a violation of the law.

“We are small potatoes. We do things just as the leaders tell us,” the employee said.

Later that afternoon, Liu returned to the detention center, where authorities agreed to let him meet with Zhang.

“It took us two whole months to see you… Things didn’t end there. We, the lawyers, were beaten up and robbed,” Liu told Zhang.

Liu reported that both he and Zhang became emotional during the meeting and that Zhang asked him to express his thanks to “all the people in the world who are paying attention to Nanle County Christian Church and those brothers and sisters who have been taken into custody.”

Zhang’s youngest daughter, Shanshan, told ChinaAid that the family received an indictment notice, which listed “fraud” and “gathering a mob to disrupt public order” as charges, dated Jan. 7. Shanshan said that on Jan. 7, four people, including Nanle County Religious Affairs Bureau director Xie Zhongyuan and a police officer named Jiao, came to the Zhang residence. “They said we can only hire the local lawyers in the county and the city and are not allowed to hire lawyers from outside the town, especially not such lawyers as Xia Jun,” Zhang Shanshan said.

Xia reported that 10 delegates from the National People’s Congress and the Political Consultative Conference told the Henan Provincial Department of Justice that he vilified people by calling the case a “religious case;” that he had brought in lawyers from outside the town and led them in serious disruptions of public order; that he instigated altercations between believers and ordinary citizens; and that he brought in foreign reporters and created an international impact.

From the Henan Provincial Department of Justice, through a string of other provincial and municipal government agencies, the director, Liang Jiangzhou, of Xia’s law firm was sent to talk with him and perform a field investigation. “What do they really want to cover up in doing all these things?” Xia said of the situation.