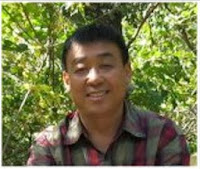 (Nanle, Henan—Nov. 19, 2013) After the arrest of Pastor Zhang Shaojie and 20 other members of Nanle County Christian Church, Zhang’s daughter and son-in-law fled the town, leaving other family members to secure a well-known rights defender as Zhang’s lawyer.

ChinaAid reported that Zhang, who leads Nanle County Christian Church and also serves as the president of the Three-Self Patriotic Movement Christian Church in Nanle County, was tricked into meeting with government officials in his church on Saturday and then detained (https://chinaaid.org/2013/11/three-self-sanctioned-church-pastor-and.html).

The next morning, as church members tried to attend church, they were detained by officers stationed at the gates of the church.

Working on Sunday
ChinaAid has since learned that the local government attempted to prevent believers from attending church on Sunday by requiring government agencies, institutions and schools to open. As a result, some church members were required to work instead of attending church.

Additionally, school officials threated students, telling them to go back home and warn their parents against attending church activities and petitioning higher authorities about the detainments.

In order to prevent their own detainment, Zhang Huixin, her husband and their 10-month-old daughter were forced to flee Nanle County. It was unclear whether the three fled to the same location.

Zhang Huixin also reported receiving more than 10 threatening phone calls since Sunday. The callers threatened to “wipe out her entire family” if she continued to call for international help and give out information about the persecution of the church.

Local Three-Self president
The church said they believe this persecution is part of a plan to select a new president to replace Zhang as the local Three-Self Christian Church president. The church believes the government’s problem with Zhang stems from his frequent defense of marginalized social groups and individuals who have had their rights violated.

Zhang was forced into the position a few years ago when the local government forced all the house churches in Nanle County to register with the Three-Self Patriotic Movement. In addition to serving as the local Three-Self president, Zhang was also forced to be a member in the county’s Political Consultative Committee.

Concern
Overseas media and Christians around the world have expressed concern in regards to the situation. There have been requests sent to the Chinese media for interviews of involved parties. Many messages have been left on various Chinese forums, which support Nanle County Christian Church and call for the local government to release detained believers.

ChinaAid pays close attention to the development of this incident in which people’s religious freedom is seriously violated. We call on the relevant authorities in Henan province and Nanle County to immediately stop the illegal persecution of these believers, to immediately release them, to conduct themselves in accordance with the law, and to respect the religious freedom endowed by the Constitution to the Chinese citizens. ChinaAid has notified the U.S. government, the European Union and other international organizations. We ask Christians worldwide to pray for the believers of Nanle County Christian Church.