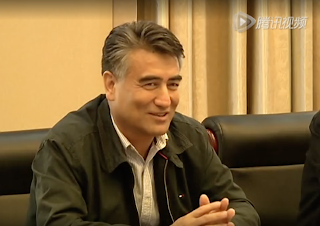 (Urumqi, Xinjiang—Sept. 13, 2019) Amnesty International has launched a campaign calling for “urgent action” on behalf of Tashpolat Tiyip, a Uyghur they believe may be slated for execution in China.

Tiyip, who worked both as a geographer and as the president of Xinjiang University prior to his arrest, was taken into police custody during a trip to Germany in 2017. His brother, Nury Tiyip, told the Uyghur Human Rights Project [UHRP],

“My brother Tashpolat is an educator. He devoted his life to knowledge and instructing younger generations. He had many successes in his academic life and the Chinese government even lauded his achievements. However, the same people who praised him shamelessly accused Tashpolat as a ‘separatist’ and handed him a death sentence with two-year reprieve.”

Amnesty International, a global human rights group, believes Tashpolat Tiyip’s execution may have been expedited and opened an “urgent action” campaign in an attempt to stay the killing.

While the group has not yet obtained execution plans from the Communist Party, Francisco Bencosme, the Asia Pacific Advocacy Director for Amnesty International, a global human rights group, told Radio Free Asia,


“We have a high vetting process that usually involves consent from the family and multiple different sources … [Amnesty International] only issue[s] urgent actions when it’s extremely a timely case for this to be raised.”

The campaign asks the public to write appeals to Chinese President Xi Jinping and provides this letter for guidance. The deadline for the campaign is Oct. 21, 2019, but Amnesty encourages individuals to contact their local Amnesty International office if they wish to write appeals after this date.

For the past several years, Uyghurs living in China’s northwestern Xinjiang region have been unfairly targeted by the Chinese government, with authorities apprehending millions and placing them in “re-education camps.”

China claims these camps provide vocational training for the inmates, but numerous firsthand accounts paint a much grimmer picture of torture, brainwashing, starvation, forced labor, and death.
Many in the camps have either faced falsified accusations or have been seized on no charges at all, and international access to the facilities has been limited to what Chinese authorities desire the outside world to see.

ChinaAid joins UHRP and Amnesty International in calling the Chinese government to immediately and unconditionally stay the execution of Tashpolat Tiyip and cease its persecution of Uyghurs and other ethnic minorities within China.