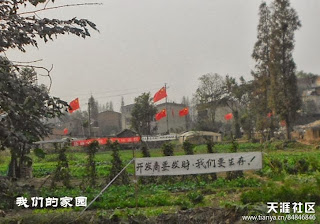 VIDEO: Battle breaks out between villagers and unidentified group after demolition attempt

(Zaoyang, Hubei—Nov. 5, 2013) A clash broke out on Oct. 27 between villagers and more than 100 unidentified uniformed men, armed with batons and machetes, when the men showed up in Dongyuan village in China’s central Hubei province with four bulldozers to demolish the villagers’ vegetable crops.

Villagers attempted to defend their property, as shown in the video above, in what was described as a bloody battle by the videographer. The incident took place at approximately 2:30 a.m. local time.

At press time, the number of injuries and casualties was unknown.