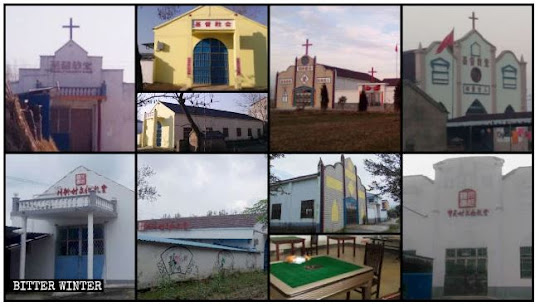 Furthermore, the CPP “has been removing the words ‘Christ’ and ‘Jesus’ from a number of publications and various social media platforms.” Faulkner also notes:

According to Bitter Winter, 70 Protestant church venues were shut down in Jiangsu Province’s prefecture-level cities of Lianyungang and Suqian last year. As part of this onslaught, the Chenzhuang Church building was sold for just $ 3,000. “The government is eradicating churches,” the Chenzhuang church director [said].
In another example of the CPP’s crackdown, a church building in Suqian city was converted into a memorial hall for China’s revolutionary heroes. “The church will now be used to teach the young generation about China’s revolutionary spirit,” a village official told Bitter Winter.
“People of faith outnumber Communist Party members, and the Party is not winning people’s hearts. …The government fears that this will bring instability. Churches are eradicated to ensure that there are more CCP members than believers.”

As the CPP continues to demolish and forcibly repurpose church buildings, the church congregation, “Believers,” gather in house churches… in homes of other believers and continue to be “the church.”