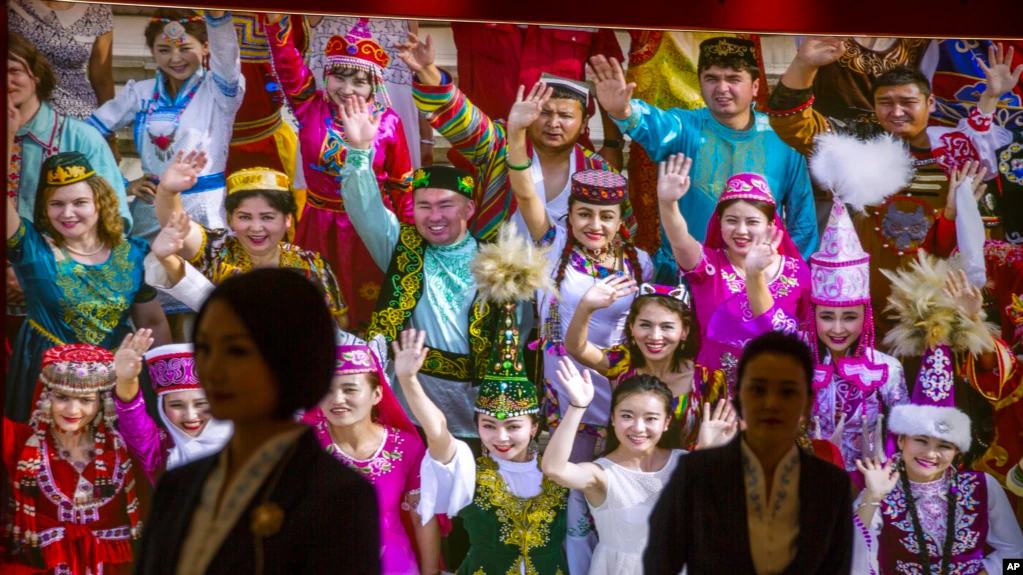 (Voice of America—February 22, 2022) Voice of America Chinese (VOA) interviewed ChinaAid partner Serikzhan Bilash of Atajurt Kazakh Human Rights on the current trend of winter tourism in Xinjiang and its implications for human rights in the region. Read the translated article below:

The Chinese government has strived to promote Xinjiang as a winter tourist destination, and some commentaries claim that the Chinese Communist Party (CCP) aims to whitewash their human rights stigma in Xinjiang. Meanwhile, some analysts point out that Xinjiang winter touristic attractions are primarily located in the north Xinjiang, in pasture lands that nomadic Kazakhs depend on. Kazakhstan, the hub of China’s One Belt One Road, connects China and other countries, and its leaders recently changed from pro-Beijing to Russian puppets. The CCP’s appeals to Kazakhstan authorities by promoting Xinjiang winter tourism are an attempt to expand and control their empire project—One Belt One Road. The CCP should return passports of Kazakhs living in north Xinjiang and Uyghurs living in the south Xinjiang and allow them to have the freedom to do business like Han people. They should resume foreigners’ visits to Xinjiang if the CCP wants to develop Xinjiang. Otherwise, it is just a “publicity stunt.”

China has been actively promoting winter tourism and changed Xinjiang to the best place for winter sports and tourism with the upsurge of the Beijing Winter Olympics. People’s Daily, one of China’s media outlets, published an article in late January entitled “Xinjiang Winter Sports Become More Popular Because of Winter Olympics,” which says that winter sports stadiums in Xinjiang have increased rapidly. 57 ski resorts were built from 2016 to today; 188 winter sports facilities have been built in Xinjiang by the end of 2021, and 60 of them are winter amusement parks.

Xinjiang ski resorts were full during the Spring Festival

On February 10, China News reported that the Winter Olympics made Xinjiang winter tourism a hit. It is estimated that over 3.6 million people visited Xinjiang during the Spring Festival from January 31 to February 6, an increase of 5.62% compared to the previous year. Among the attractions to tourists, winter tourism stands out, and almost all ski resorts in Xinjiang were full. For example, the average number of visitors to Silk Road International Resort each day is 5,000 and the peak is 10,000; White Cloud International Ski Resort receives 4,000 visitors each day and the largest number is 7,000. The three big ski resorts in Altay Prefecture received 10,000 people each day, totaling over 78,000 “snow friends” during the Spring Festival.

It is said that there are 72 ski resorts in Xinjiang at present, and the Altai Mountains and the Tian Shan have become two winter tourism zones. There are multiple ski resorts located in Urumchi, Altay, and Karamay. This points to a developing winter tourism pattern.

Human rights activists are worried that the CCP has been depicting Xinjiang as an attractive tourist destination to cover up their crackdown on human rights in the region. They strip local residents of their identity and voice by changing Xinjiang to a “Disney Land” and make visitors leave with the experience the country has planned elaborately.

In addition to whitewashing the human rights stigma, some analysts think that Kazakhstan, a hinge location on the One Belt One Road, has changed from being pro-Beijing to pro-Russia recently. This puts pressure on Beijing. China proposed the winter tourism policy which seems beneficial to Xinjiang Kazakhs to appeal to Kazakhstan authorities.

Serikzhan Bilash, born in Xinjiang, is the first person to expose Xinjiang concentration camps to the world and the founder of Atajurt Kazakh Human Rights. He said while being interviewed by VOC that Xinjiang consisted of north Xinjiang and south Xinjiang. Beijing had mountains, waters, and lakes where the CCP promotes winter tourism, but also where nomadic Kazakhs reside; the big part of south Xinjiang was dessert and most of the residents were Uyghurs.

He said that the CCP promoted winter tourism because a massive and bloody protest happened this January in Kazakhstan due to the outrageous increase of the liquefied petroleum gas price in the country. It is said that 164 people died and it is the violent affair with the largest death toll since Kazakhstan was independent 30 years ago. The massive insurrection intimidated the CCP. He said that Kazakhs were dissatisfied with the CCP’s oppression of human rights in Xinjiang. Although Kazakh’s color revolution failed, the CCP was worried that it would happen to them as well.

Serikzhan said that Nursultan Nazarbayev, the former president of Kazakhstan, was pro-Beijing, but Kassym-Jomart Tokayev, the current president, has already become the puppet of Russia. While the world focuses on the tension on the Ukraine-Russia border in the fear of the coming war, Russian armies have occupied Kazakhstan. The so-called “CSTO” armies are Russians wearing Kazakh uniforms and staying in Kazakhstan.

Kazakhstan changes from being pro-Beijing to being pro-Russia

Serikzhan said, “It means that Kazakhstan changes from Beijing and CCP’s puppet to Putin’s, it is not the CCP’s puppet anymore, so the CCP suddenly turned favorable to Kazakhs in Xinjiang in order to please Kazakhstan’s authorities. That is why China suddenly launches its massive winter tourism in Xinjiang or let 3 Kazakhs emerge in Beijing Olympics.”

There are 6 athletes from Xinjiang in Team China in the Beijing Winter Olympics, one of them is Uyghur and 3 Kazakhs.

Analysts said that Xinjiang issues could trace back to the One Belt One Road project starting in 2015, Xinjiang plays a pivotal role in China’s business development to the west by land because it connects China, Central Asia and East Europe. Xinjiang is just a part serving “Empire China” in the world outlook centering on China, so Beijing makes every effort to erase Xinjiang culture which is different than China including race, religion, and other cultures, which is one section of the CCP’s long-term plan of making Xinjiang “serve China.”

Song-Lih Huang, Convener of Taiwan Covenants Watch, said in a VOA interview, “I would like to call China modern-day imperialism, that is, a part of imperialism. In my opinion, the abuse of human rights in Xinjiang and the building of Xinjiang’s economy are two sides of the same coin.”

According to Chinese media, “China Xinjiang Development Forum” held in Beijing in November 2021 emphasized that One Belt One Road should focus on “1 harbor”, “2 zones”, “5 centers”, and “Port Economy Zone”, which then will advance the Five-in-One interconnection of roads, railways, aviation, telecommunication, and pipelines. The Alataw Pass has increased 23 new China-Europe Railway Express routes since 2021 and the total number of China-Europe Railway Express routes is 60. In Urumqi International Land Port, the sample project of the service hub for China-Europe Railway Express in Urumqi and the construction of land-port national logistics hub has been expedited, and the key projects, including Railway Port Express Center and multimodal transport cargo collection area, have taken shape.

A long-term strategy under One Belt One Road

Song-Lih Huang said that China invested in a lot of infrastructures and business and trade in Xinjiang under the One Belt One Road project. Xinjiang tourism was employed by the CCP, so it is one of the CCP’s One Belt One Road strategies to develop Xinjiang winter tourism.

He said that people’s thought that the CCP develops Xinjiang tourism to whitewash their human rights stigma is right but does not justify the CCP’s purpose.

He said, “I think what the CCP is doing is just blatantly throwing their entire imperialism blueprint at Xinjiang and telling them ‘This is what we want to do.’”

Song-Lih Huang said that the CCP bet that people would forget their repression of human rights in Xinjiang because of financial benefits. He thought people living in the free world should bet against the CCP and not let them win. Meanwhile, Song-Lih Huang admitted, “There is a danger betting against the CCP, and the danger is that the CCP may win because people just look at profits. They do not have a vision nor good memory.”

He explained using Tibet as an example. Tourists can barely hear the Tibetan language when visiting Tibet because Tibetan language and culture are locked in temples and religious venues that exist today. Other places in Tibet look like other cities in China because tourists see Chinese faces and characters only, they would not feel that they are visiting Tibet but feel that they arrive in “the Tibet region of China” instead. The same thing is happening in Xinjiang as well.

Joseph Yu-shek Cheng, the former chair professor of Political Science at the City University of Hong Kong, said in the interview with VOA that the CCP attempted to change people’s impression of Beijing’s policy in Xinjiang, but its effect would be smaller than their expectation because the CPP’s crackdown on minorities is deeply rooted in people’s mind their efforts will not work.

He pointed out that Cuba, a socialist country, was open to tourists in the 1990s. The government blocked the beautiful beaches, so foreign tourists could enjoy beaches without interacting with natives or have an authentic experience of Cuba’s traditions and customs. He thought Xinjiang winter tourism would be similar. That is, visitors have few opportunities to interact with minorities after entering the sightseeing zone. There should be stricter restrictions on foreign tourists and little access to them.

Joseph Yu-shek Cheng said, “It is apparent when we look at the Tibet situation, so Xinjiang winter tourism should target domestic tourists in the beginning stage. There should be restrictions to foreign tourists, and they may visit as a group or take a package tour arranged by Chinese travel agencies.”

Serikzhan Bilash, the founder of Atajurt Kazakh Human Rights, said “The CCP turned Xinjiang into an outdoor prison, but by no means will the promoted winter tourism change Xinjiang’s human rights status.” He also said that the CCP should give Kazakhs living in north Xinjiang and Uyghurs living in the south Xinjiang the right to do business, return their confiscated passports to them, treat them as equal to Han people, or resume foreigners’ visit to Xinjiang if the CCP really wanted to develop Xinjiang. If the CCP cannot do these things it is a publicity stunt.

Joseph Yu-shek Cheng also gave an alert that the statements by the CCP authorities in the past 6 or 7 years demonstrate that they stress the unity of the Chinese nation and seldom mention independence, high degree autonomy, education, or the religious rights of minorities, which suggests the change of Chinese minority policy and that minorities have been assimilated into the Chinese nation.