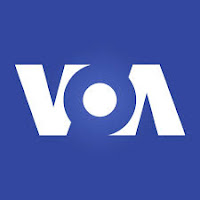 The meeting was revealed by Su Yutong, a Chinese rights activist living in Germany, who posted a photo of the session on Twitter.

“The police warned us about coming here, but they didn’t make any big problems,” Shang told German International broadcaster Deutsche Welle, Gao’s onetime employer. The German outlet confirmed that Gao’s son was present at the meeting.

“We talked about China’s legal system, its court system, the relationship between lawyers and judicial administration, churches and the government control of churches,” Mo Shaoping, one of Gao’s attorneys, told VOA.

Because Gauck once lived in communist East Germany, Mo added, it is easy for him to understand China’s recent clampdown on free speech.

“He thinks China’s current situation has many similarities to that of East Germany,” said Mo, adding that their discussion focused more on China’s rule of law in general than individual cases, but that Gauck did mention Gao’s case.

Gao, 71, has been imprisoned three times for her work as a journalist and human rights activist. She was most recently jailed in April 2015 after Beijing’s high court convicted her of leaking state secrets and sentenced her to seven years in prison.

In that conviction, authorities accused Gao of sending “Document Number Nine,” an internal document circulated within the communist party, to a foreign news organization, although the document had already been posted online. After an appeal, her sentence was reduced to five years, and Chinese state media later announced she had been released on medical parole.

Following her release, rights advocates lamented that her conviction for leaking state secrets had not been overturned, despite widespread criticism of her case. Gao has since been prevented from traveling to Germany, where she seeks medical treatment for high blood pressure, heart disease and Meniere’s disease, an inner ear disorder.

In 1989, Gao was detained 14 months for writing articles in support of the student-led democratic movement. In 1994, she was sentenced to six years in prison for “leaking state secrets” to Hong Kong media. In 2014, Gao was arrested a few weeks ahead of the 25th anniversary of the Tiananmen Square crackdown.

Some analysts say the latest charges are retaliation for her outspoken comments about the Communist Party’s campaign against free speech and activism on behalf of Tiananmen victims.

Gao’s trials have been scrutinized by free-speech advocates and foreign governments, including the United States.

Gauck arrived in Beijing for a five-day visit March 20. His delegation includes Bärbel Kofler, Germany’s newly appointed high commissioner of human rights. As the first German president to visit China in nine years, Gauck told media outlets human rights would be a forefront topic throughout his meetings with Chinese officials.

His visit comes amid an increasing crackdown on free speech under the rule of President Xi Jinping, whose administration has been steadily tightening controls on civil society, jailing and sentencing rights activists, government critics and lawyers.


This report was produced in collaboration with VOA’s Mandarin service.