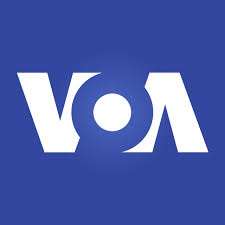 As Beijing tightens control over Hong Kong, some Hong Kong residents who participated in months of pro-democracy protests are opting to self-exile to avoid being charged with the vaguely defined offense of rioting, which can carry a 10-year prison sentence.

A 21-year-old Hong Konger, Daniel is one of them. A critic of China, he asked that his full name not be used.

When he saw thousands of people marching on the street on June 9, 2019, he knew it was time. The Civil Human Rights Front said over 1 million people participated, while police estimated there were 240,000 protestors, according to the South China Morning Post.

“At that moment, I saw a little bit of hope, so I started to participate,” Daniel told VOA Mandarin. “But what made me angry is although a million people were marching, the (Hong Kong) government didn’t care, and mocked them by saying, ‘Thank you for coming out to show how Hong Kong has the freedom of gathering and marching.’”

That anger motivated Daniel. He began standing in the frontline of protests making himself a target for police pepper spray and bean bag shots.

His mother criticized him, saying he sold his soul to the Americans, and for “causing disruption in Hong Kong.” Her words presaged the official Chinese position, which emerged when Foreign Ministry spokeswoman Hua Chunying criticized the protests, saying at a July 30 press conference that the protests were, “As you all know, they are somehow the work of the U.S.” But Daniel denied of any U.S. involvement in his action, calling his mother’s words “ridiculous.”

‘The fall of Hong Kong’

in 2019, Hong Kong marked the 22nd anniversary of the handover from Britain to China on July 1. In the protestors’ eyes, it was “the fall of Hong Kong” said Daniel.

Starting with that morning with the flag-raising ceremony, there were waves protests and police confrontations. He said that he and friends were beaten or pepper sprayed by those whom they called the “black police” in Hong Kong. After that, hundreds of protesters decided to storm the legislative council.

“The Hong Kong police started the attack at midnight,” Daniel recalled. “It was brutal. They fired … bean bag shots, pepper spray and tear gas. Unfortunately, I was shot in the thigh at that time.”

A bean bag shot, deflected by his right thigh, wounded him in his left thigh.

Daniel and his friends fled to Taiwan. Later that month, authorities charged 44 people with rioting. Under Hong Kong law, that is an unlawful assembly of three or more people where any person “commits a breach of the peace”, and a conviction can carry a 10-year prison sentence, according to Reuters.

In mid-August, Daniel’s mother told him the police and some people who didn’t identify themselves had visited the family home with a ruling saying he was wanted by the police.

Now, after 11 months in Taiwan, Daniel heard from news accounts that one protester, who once fought at his side, was sentenced to four years in prison for the offense of rioting. He said he was lucky to leave Hong Kong in time.

“While in Taiwan, I have continued to support Hong Kong, so I am in line with what the (Hong Kong) government has said is assisting riots, planning riots and so on. I would face a sentence of more than 10 years if I were arrested back in Hong Kong,” he said.

Last month, the China’s National People’s Congress (NPC), voted in favor of a proposal to a committee to formulate national security measures to be directly enacted in Hong Kong. The measures will likely allow mainland security agents to be positioned in Hong Kong to root out behavior and activities that constitute what Beijing defines as subversion, secession, terrorism and foreign interference. It is anticipated the law will be enacted later this year.

Daniel said that once it takes effect, everyone who participated in the movement could be charged with subversion of the state or colluding with foreign forces.

Earlier this month, Hong Kong cancelled the annual Tiananmen Square vigil, saying the event would pose a “major threat to public health” during the COVID-19 pandemic. Critics said it was the latest evidence of China tightening its grip on Hong Kong, where the vigil attracted tens of thousands some years to remember the June 4, 1989 massacre of pro-democracy protestors in Beijing.

Some British lawmakers suggested that British National Overseas (BNO) passport holders and democracy activists in Hong Kong who do not have BNO status should be fast-tracked for U.K. citizenship.

As many as 200 Hong Kongers fled to Taiwan last summer, now dozens of them remain in exile in Taipei.

C.H. Kyou is a representative at Che-lam Presbyterian Church in Taipei, which has been helping Hong Kong protesters, including those seeking asylum in Taiwan. Kyou said most of them, in addition to suffering physical trauma, also suffer from severe post-traumatic stress disorder (PTSD).

Some wake in the middle of night, convinced they smell tear gas, and others told Kyou they were awakened by people walking outside their room, said Kyou.

Most commonly, the exiled Hong Kongers obsessively check their cell phones to keep current on the situation at home. Constantly sending and receiving messages about Hong Kong, the exiles become anxious. Kyou said Daniel is like that.

Daniel admits that he can’t stop watching the situation in Hong Kong because, on the one hand, he feels sorry for his fellow protesters, and on the other, he is afraid of missing out on the opportunity to help fellow protesters via the internet.

“Watching them being arrested is the biggest nightmare,” Daniel said.

Having been stalked by people in Taiwan, Daniel now wears a face mask and hat and carries pepper spray when he leaves his home.

Daniel studied STEM in Hong Kong but now he plans to study political or social science in Taiwan. He hopes that when China falls or the Hong Kong revolution succeeds, his younger generation can govern Hong Kong.

Adrianna Zhang contributed to this report.