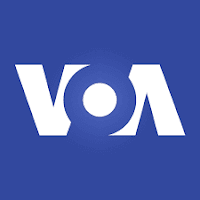 Voice of America: US Official Concerned About Religious Freedom in China

Capitol Hill —A U.S. official testifying before Congress has called for the U.S State Department to re-designate China and other countries that violate human rights and religious freedom as “countries of particular concern” in its annual reports.


Robert George, Chairman of the U.S. Commission on International Religious Freedom (USCIRF), a bipartisan federal government commission, told a Congressional panel Wednesday he believes China and some other countries have made no progress in safeguarding religious freedoms during the past year.

He urged the U.S. State Department to list the worst offenders of religious rights.

“We need to see in China greater respect for the rights of Tibetan Buddhists, for the house church members, for the Catholics, for the Uighur Muslims, for the Falun gong. We need to see China make room, [and] respect the freedom of civil society. There is too much control from the state on the individual Chinese people and their families,” George said.

Republican Congressman Chris Smith, Chairman of the Human Rights Congressional subcommittee, said he is also concerned about the situation in China.

“We have heard about the persecution faced by Chinese Christians, Tibetan Buddhists, Uighur Muslims, and Falun Gong at the hands of [a] communist party suspicious of organized religion,” Smith said.

“All the countries you mentioned, there is a lot of Nike shoes made in Vietnam, and all the toys and electronics come from China, they’re the factory of the world, and whether they abuse folks’ religious freedom or not seems to matter not to the bottom line,” Clawson said.

“We always balance out economic interests and human rights interests here to have the most effective relations we can, to achieve our national interests with countries across the globe.”

George said that while China has seen huge economic development in recent years, “the flowering of religious freedom” is still not happening.

The Chinese government has intensified pressure on non-official churches. Police this week arrested four members of an underground church after they gathered in Beijing to worship in public and requested the return of their church property. The four members of the Shouwang Church have been sentenced to 10 days of administrative detention for “disturbing public order.”

The Shouwang Church has long been harassed by the government, with this week’s arrests being just the latest in a string of incidents.

Even official churches approved by the government have been targeted in recent months. Rights groups say more than 1,500 crosses in Zhejiang Province have either been demolished or removed against church protests and despite most of them being official churches. In the process, some church members and their lawyers have been arrested.

The USCIRF is an independent, bipartisan U.S. federal government commission created by the 1998 International Religious Freedom Act (IRFA) that monitors the universal right to freedom of religion or belief abroad. USCIRF monitors religious freedoms violations globally, and makes policy recommendations to the president, the secretary of state, and Congress.

This report was produced in collaboration with VOA’s Mandarin Service.