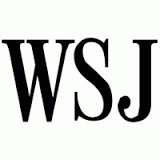 Beijing—A Chinese lawyer who represented dissident artist Ai Weiwei and other politically sensitive figures was sentenced to 12 years in prison by a Beijing court, the harshest punishment in a series of prosecutions of human-rights lawyers.

Xia Lin was handed the sentence on Thursday after being found guilty of fraud for failing to repay millions of yuan in personal loans, according to his lawyer, Ding Xikui. He said Mr. Xia protested the decision as he was escorted from the courtroom.

“He said he believed the case was brought in revenge for his work on the Occupy Hong Kong protests and other human-rights cases,” Mr. Ding said. “I agree with that view.”

Before being detained in late 2014, Mr. Xia had agreed to represent a number of mainland Chinese activists who were rounded up after expressing support for pro-democracy protests in Hong Kong. During his time in police custody, interrogators barely mentioned the fraud allegations, his lawyers said in statements to the court, instead focusing on his relationships with dissidents.

His lawyers said that Mr. Xia had borrowed money from several individuals and that there was nothing illegal about how he handled his debts.

The court didn’t immediately respond to a request for comment submitted after normal business hours. A Chinese Foreign Ministry spokesman said in a regular press briefing on Thursday that the case was a domestic matter and that it was being handled in accordance with the law.

Mr. Xia is one of dozens of Chinese human-rights lawyers detained as Chinese President Xi Jinping has moved to squeeze the space for dissent. His sentence was the longest imposed on a lawyer since the crackdown began.

A number of the lawyers were released or handed relatively light sentences after providing confessions, many of them broadcast on state television. Mr. Xia refused to confess, according to Mr. Ding.

An activist client and friend of Mr. Xia’s, Guo Yushan, said in a statement published just ahead of the court decision that no sentence was likely to intimidate the lawyer.

“Whether we’re slandered or given heavy sentences—what surprise will it be in today’s China?” Mr. Guo wrote.

Mr. Xia intends to appeal the decision, his lawyer said.