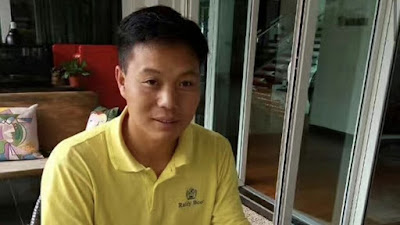 Wang Hai recounts persecution of the church and believers in Christ


(Zhaotong, Yunnan Province—Oct. 21, 2020) During an interview with a reporter on October 19, Wang Hai, a Miao pastor, talked about persecutions he and the church he pastors routinely experience. On October 12, China Aid had reported that no news regarding Hai had been available for more than two months.

According to Hai, government officials have relentlessly harassed him and his family. They have ransacked his home, as well as those of other church members. Officials have also arrested Hain and others in the church. As a result, the church cannot function normally. Those living in the Miao village, the location of the church, do not have access to access to electricity, roads of faucet water. Due to their poverty, they cannot move to other areas.


In July, Hai’s parents appeared before the village committee to try to negotiate for better living conditions. At that time, officials began to harass and persecute them. Hai said:

They [village officials] sprayed poison on my family when they reported the tremendous problems in the village. Consequently, my mom was sick for nearly 3 months. Three months later, officials arrested my parents. They also covertly arrested our pastors and elders. I do not know where they have detained my parents and my brothers. When officials came to my rental in Zhaotong to arrest me, I was not home. Even though officials have not detained me, realizing the severity of the complaint I reported, I live in fear and panic every day.

When Hai traveled to Kunming to report this concern on October 10, authorities notified him that he did not follow protocol. To date, Hai still cannot communicate with his family, “No notification, no charges,” he said. “When I asked the director of the police station for information about my family,” Hai said, The director told me, “I am not even allowed to visit them.”

Regarding the church’s current challenges, Hai said that because of harassment and officials’ intent to arrest pastors and elders, many brothers and sisters have stopped coming to church. The number of people attending Sunday service now has plummeted from about 200 to generally 100. Hai thinks authorities persecute his family because of their Miao Christian identity. “Miao is a weak ethnic group.” he said, “Plus, we are Christians. As the CCP suppresses and mistreats pastors and elders, so the injustice happens to us.”

As sources become available, China Aid will report more news regarding this story.


China Aid exposes abuses in order to stand in solidarity with the persecuted and promote religious freedom, human rights, and rule of law. If you wish to partner with us in helping those persecuted by the Chinese government, please click the button below to make a charitable donation.