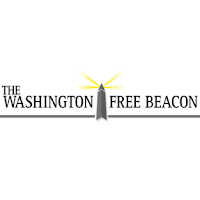 Chinese authorities continue to engage in pervasive torture of imprisoned dissidents and religious and ethnic minorities, according to a new United Nations report that coincided with International Human Rights Day and calls for Beijing to release political prisoners.

The United Nations Committee Against Torture said on Wednesday that torture “is still deeply entrenched in [China’s] criminal justice system, which overly relies on confessions as the basis for convictions.” Both activists who oppose the Chinese Communist Party and minorities such as Tibetans have been targeted, and some, such as the activist Cao Shunli, have died in custody.

Authorities attempt to obtain tortured confessions at a variety of locations. In addition to official prisons, detainees can be held at secret “black jails.” Recent revisions to criminal laws also allow civilians to be placed under “residential surveillance” for up to six months if they are found to be endangering state security.

As part of a crackdown on human rights lawyers this year by President Xi Jinping, more than 20 individuals are still in detention, including some under residential surveillance at secret locations. At least 300 lawyers and activists in total were interrogated during the campaign.

Another prominent activist and human rights lawyer, Pu Zhiqiang, has been held for months in pre-trial detention and denied proper medical treatment, according to the group Chinese Human Rights Defenders.

“We urge the Chinese government to release Pu on the basis of the mishandlings of the case by police, the cruel and degrading mistreatment that Pu has been subjected to, and the fact that authorities are persecuting Pu, well-known in China as a staunch defender of free speech, for his role as a crusading lawyer defending civil liberties and seeking accountability for arbitrary detention,” the group said.

Max Baucus, U.S. ambassador to China, said in a statement on Thursday that despite some reforms, “China’s own laws are often either implemented selectively or ignored.”

“We remain concerned over the crackdown on human rights lawyers and others who seek peacefully to contribute their views to the public discourse on the future of China,” Baucus said. “In some cases, these Chinese citizens have been detained in secret locations without access to their families or their lawyers. This is deeply troubling and calls into question China’s commitment to the rule of law.”

China’s foreign ministry reacted angrily on Thursday to the U.N. report on torture and criticism from activists and foreign governments.

Hua Chunying, a spokeswoman, said that the U.N. committee’s findings were biased and “based on uncorroborated information,” adding that “China has deepened judicial reform and put human rights under more protection.” China has pursued “a path of human rights development that suits China’s national conditions,” she said.

“No country in the world can say it is flawless in terms of human rights,” she said. “Serious problems in the U.S. such as police’s excessive use of force in the process of law-enforcement and racial discrimination have raised people’s concerns.”

Thursday also marked the fifth anniversary of Liu Xiaobo’s Nobel Peace Prize, which he was awarded while in prison. Rep. Chris Smith (R., N.J.), chairman of the Congressional-Executive Commission on China, said Beijing’s continued imprisonment of dissidents such as Liu undermines the country’s stability and relationship with the United States.

“President Xi wants a ‘new type’ of relationship with the U.S., but continues to pursue repressive policies rooted in China’s past,” Smith said. “Every day Liu Xiaobo remains incarcerated; every day his wife Liu Xia remains arbitrarily detained; every time China denigrates another Nobel Laureate, the Dalai Lama; and every time another rights advocate or religious leader is jailed or disappeared is another blow to China’s international prestige and another obstacle to better U.S.-China relations.”