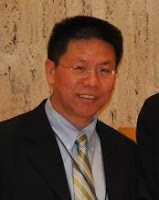 By Ben Birnbaum-The Washington Times 6:40 p.m., Thursday, February 3, 201
Leading Chinese Christian dissidents blasted the Obama administration Thursday, saying it had done virtually nothing to advance the cause of religious freedom.

“For the past two years, in public it’s been almost dead silence,” said Bob Fu, founder and president of the China Aid Association, an international Chirstian human rights group.

He said private pleas to State Department officials to publicly mention names of jailed and “disappeared” Christian leaders had fallen on deaf ears.

“Although I see some similarities between this administration and the last one — of course, both put an emphasis on business and trade — at least President [George W.] Bush singled out religious freedom as a foreign policy priority. He was very vocal, he made lots of policy speeches, he was not ashamed to talk about it.”

Mr. Fu, whose organization has headquarters in Midland, Texas, was in Washington on Thursday to join a six-member delegation of Christian leaders from China at the National Prayer Breakfast. Chinese authorities barred three of the six from leaving the country.

Religious freedom in China has been a growing international issue in recent years as the nation’s Christian population has mushroomed. Though the Chinese government has given space to tightly controlled state-sanctioned churches, the vast majority of the country’s Christian population — more than 100 million, by some estimates — prefer to join independent “house churches,” which remain heavily persecuted.

Zheng Leguo, a prominent evangelist from Zhejiang province, said that house-church Christians “prayed for the re-election of President Bush because he cared about the religious-freedom issue and they thought having him in office would keep them further from prison.”

“The Chinese-government-sanctioned church was praying for Mr. John Kerry,” he quipped, referring to the 2004 Democratic presidential nominee.

Members of the delegation also were critical of Ambassador Jon Huntsman, saying he had not done enough to reach out to ordinary Chinese Christians rather than speaking to them through the “filter” of the Chinese government.

Human rights lawyer Li Renbing said that “Ambassador Huntsman should know that President Hu [Jintao] does not speak for the Chinese people.”

“I have no comment [on Mr. Huntsman] because I don’t know what’s he’s been doing,” said Zhang Dajun, one of two leaders of the Transition Institute, a Beijing think tank.

On Monday Mr. Huntsman announced his plan to resign his post on April 30 amid speculation that he may seek the 2012 Republican presidential nomination.

Scott Flipse, director for East Asia policy and programs at the U.S. Commission on International Religious Freedom — an independent, bipartisan federal government body — said that “you can’t prioritize trade and security issues over our human rights interests. They’re interconnected — and you have to pursue it that way.”

He said, however, that the failings on this issue were not unique to the Obama administration.

“What I’ve seen across many administrations is that we move in this undulating fashion between public condemnation and quiet diplomacy,” he said. “And that gives the Chinese the ability to say that we’re not serious.”