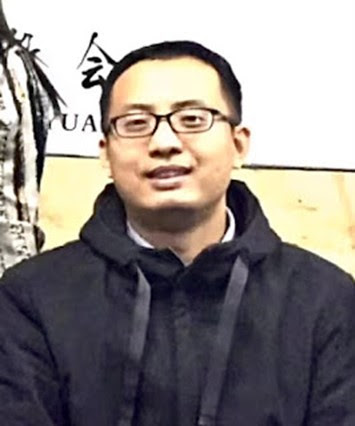 “This must be a newly created charge,” Lawyer Yang Hui posted on his WeChat Moments. He asks Christians:

Brother Zhao, a 35-year-old co-worker, and Minister An Yankui, both of Taiyuan Xuncheng Reformed Church, have remained close friends for many years. After studying theology together in Chengdu Huaxi Seminary (founded by Pastor Wang Yi), they served their church together.

To prevent their three children from receiving an atheistic brainwashing education,

Brother Zhao and Sister Li homeschool their children. Consequently, officials from the Religious Affairs Bureau, Education Commission, and National Security Agency repeatedly “invited” Brother Zhao to “talk” with them. Although these Chinese Communist Party (CCP) members threatened to arrest him, trying to force Brother Zhao to send his children to public school, he refused to compromise his belief and continued to provide a Christian education to his children in his home.

On May 17, 2021, police officers summoned Brother Zhao to their station in the name of “proselytism,” and raided his home. They summoned Sister Li that same day. Zhao’s charge basically means that he proselytized his children.

Shortly after 7 am on May 17, approximately 20 police officers raided Brother Zhao’s home. Several officers showed him a subpoena citing “proselytism” as the reason for seizing him and then transported Brother Zhao to their local station. Other officers remained in his home and searched his property until 12 pm. While there, police confiscated numerous books, a computer, a hard drive, and a flash drive. They failed, however, to present any legal proof for their search, nor did they document items they impounded.
After raiding Brother Zhao’s home, officers transported Sister Li to their station. Officials released her that evening, and Sister Li returned home at approximately 7 pm. Authorities ordered that Brother Zhao serve a 15-day administrative detention sentence.

On May 20, Minister An Brother Zhao’s lawyer, and his family traveled to Lishi Detention Center, planning to visit Brother Zhao. Officials denied their request. The group repeatedly requested to see Brother Zhao, however, authorities cited “excuses,” including “the case involves classified information,” and “the case involves national security concern” to deny visitation with him.

Brother Zhao remained in detention until it ended June 1, nevertheless, police officers raided his home during this time, and found documentaries relating to the Tiananmen Massacre [June 4, 1989], and Xinjiang riot. Authorities seized the videos to use as “evidence” for his new charge.
During the morning of July 7, police again summoned Brother Zho to their station. Authorities notified his family that they had criminally detained Brother Zho and held him in Fangshan County Detention Center under the charge of “illegal holding of materials promoting terrorism and extremism.” According to Article 120 (VI) of the “Criminal Law”:

Whoever illegally holds any book, audio or video materials or any other article while obviously aware that it advocates terrorism or extremism shall, if the circumstances are serious, be sentenced to imprisonment of not more than three years criminal detention, or surveillance in addition to a fine, or be sentenced to a fine only.

On the morning of July 16, when Brother Zhao’s two lawyers arrived at Fangshan County Detention Center to visit him, prison officials denied their request. Authorities stated that [reportedly] “the case involves national security concern.”
When CCP authorities formally arrested Brother 13 days after his criminal detention, they aimed to not only target him but also his church and Minister An. CCP authorities have also repeatedly raided Xuncheng Reformed Church, as well as summoned and detained Minister An* several times.

After learning of Brother Zhao’s formal arrest, Minister An and Chengdu Early Rain Covenant Church members posted a prayer request letter, urging fellow Christians to pray for Brother Zhao and his family: We pray for God to reveal His will and protect Brother Zhao.

Previous ChinaAid posts about Zhao Weikai:
Police criminally detain Zhao Weikai with
“illegal holding of materials promoting terrorism and extremism”
Lishi District Detention Center cites “case involves religion”
to illegally deny Zhao Weikai ’s consult with his lawyer
Police raid home of Zhao Weikai, leader inTaiyuan Xuncheng Reformed Church;
summoning him and his wife for “proselytism”
###
Hear my cry, O God;
Attend to my prayer.
~ Psalm 61:1 (NKJV)
China Aid exposes abuses in order to stand in solidarity with the persecuted and promote religious freedom, human rights, and rule of law. If you wish to partner with us in helping those persecuted by the Chinese government, please click the button below to make a charitable donation.