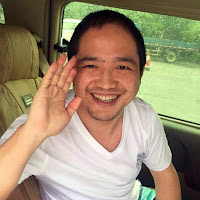 
(Wenzhou, Zhejiang—Nov. 18, 2016) China’s two Christian, state-run organizations forcibly removed a pastor from his position in the coastal province of Zhejiang on Oct. 29 and prohibited him from preaching or evangelizing.

The pastor, Zhang Chongzhu, was placed under “residential surveillance in a designated location,” otherwise known as a “black jail,” last September. On Feb. 5, he was criminally detained for “stealing, spying, buying, or illegally providing state secrets or intelligence to entities outside China.” He was formally arrested on March 9 for the same crime. On May 9, he was released.

Now, Zhang faces a new challenge; on Oct. 29, the Zhejiang Provincial China Christian Council and the Zhejiang Provincial Three-Self Patriotic Movement, China’s two state-run Christian organizations, expelled him from the clergy and revoked a certificate proving that he was licensed to preach. This triggered outrage among local Christians, one of whom speculated that the government terminated Zhang Chongzhu in order to keep citizens from attending house churches.

China Aid exposes abuses, such as those experienced by Zhang Chongzhu, in order to promote religious freedom in China and stand in solidarity with persecuted Christians.