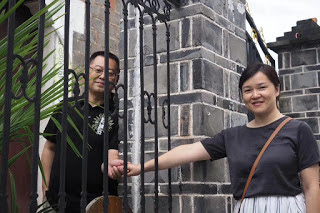 Jiang and Wang were initially seized on the night of Dec. 9 as authorities conducted a mass, overnight arrest of their church members. By the end of the week, more than 150 Early Rain Covenant Church members had been taken into custody.

After that, Wang and Jiang disappeared, and Jiang was later confirmed to be under a secretive, unofficial form of incarceration called “residential surveillance at a designated location.” Inmates held in this manner are incarcerated in clandestine places instead of state-run prisons and are often subjected to torture.

Both Wang and Jiang received falsified “inciting subversion of state power” charges shortly after entering custody. Jiang was freed on bail today, as Li Xiaofeng, another Christian associated with the church.

Prior to the arrests, Early Rain Covenant Church had been repeatedly harassed by the government.

Jiang has been reunited with her son, Wang Shuya, who was placed in his grandparents’ home when his mother and father were arrested.

On June 3, U.S. Ambassador-at-Large for International Religious Freedom Sam Brownback demanded that the Chinese government release Wang and Jiang during a speech at a conference hosted by the National Endowment for Democracy. ChinaAid would like to thank Ambassador Brownback for his relentless support of the couple and his continuous advocacy for religious freedom.

“Thanks to the millions who prayed for [Jiang and Wang],” ChinaAid President Bob Fu said. “We are not currently sure about Jiang’s health condition. The Chinese government should allow her free access to medical examinations and care. She has been released under bail, which means she could be re-arrested at any time; that is one method the Chinese government uses to restrict her freedom of speech and movement.”