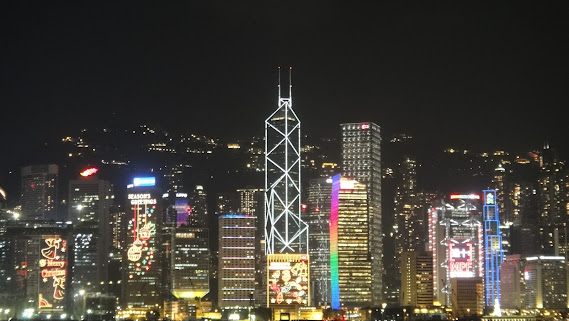 WSJ: The Hong Kong Handover at 25

The Hong Kong Handover At 25

The following article was posted by the Wall Street Journal on June 30 as an op-ed. Benedict Rogers is chief executive of Hong Kong Watch and author of “The China Nexus: Thirty Years in and Around the Chinese Communist Party’s Tyranny,” forthcoming in October. Read the full article here.

When the U.K. handed Hong Kong over to China on July 1, 1997, the city was one of Asia’s freest and most open. Now it is a repressive police state. What went wrong?

For the first few years after the handover, Beijing behaved—at least on the surface—reasonably well. When I left in 2002, I was cautiously optimistic that the “one country, two systems” principle would persist. Only over the past decade did it begin to become apparent that Beijing’s iron grip was tightening. After the 2014 Umbrella Movement protests demanding universal suffrage, freedoms began to erode visibly. Protests in 2019 were met with shocking police brutality. The final straw was the imposition of the draconian National Security Law two years ago, which eradicated any remaining liberties and landed former legislators, journalists, trade unionists and civil-society activists in jail.

Almost all freedoms have been dismantled. Press freedom has been destroyed, academic freedom corroded and religious freedom threatened. Most pro-democracy activists are either in jail, in exile or keeping their heads down. Some, like media entrepreneur Jimmy Lai and former student activist Joshua Wong, could spend the rest of their lives in prison. The regime even arrested 90-year-old Catholic Cardinal Joseph Zen.

John Lee, Hong Kong’s new chief executive, was a policeman for 35 years before becoming security chief. He was handpicked by Beijing to do the regime’s bidding. All he knows is how to lock people up.

The international community—particularly the U.K., as a party to the treaty—should have responded to the warning signs sooner and more robustly. Had the free world called out the disqualifications of elected legislators and the first imprisonment of political activists in 2017 more strongly, and imposed sanctions as a consequence for human-rights violations, perhaps the pace and intensity of repression would have been slowed. Failure to stand up to Beijing has been a costly mistake.

What should be done now? Two key things.

First, offer a lifeline to people who want to flee the city. The U.K. has done this for Hong Kongers with British National Overseas status. The U.S. and the European Union should do something similar. Canada and Australia have taken some steps and should be encouraged to do more.

Second, impose sanctions on those responsible for the violation of an international treaty and the destruction of a free city. If the regime in Beijing and its quislings in Hong Kong are allowed to get away with their brutality, mendacity and criminality, it will embolden them to be even more repressive at home and aggressive abroad. Freedom-loving allies should coordinate measures to ensure maximum effect. Failure to impose punitive measures now may lead to greater danger for Taiwan and the South China Sea.

On the grim occasion of this 25th anniversary, let us not settle for retrospective hand-wringing. That may make the West feel better but will achieve nothing. Instead, welcome Hong Kongers who wish to begin a new life in freedom into our societies and hold to account those who destroyed the “Pearl of the Orient.”