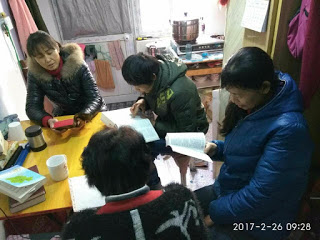 (Xiamen, Fujian—July 3, 2019) Authorities in China’s Fujian province carried out campaigns against Christian house churches to meet a July 1 goal of clean-up and rectification.

As part of their efforts, authorities dispatched police to Xinzao Church to monitor the location each day. Officials issued an administrative shutdown notice against the church on June 19, citing establishment of “a meeting spot and organizing religious events without authorization.”

Church leadership submitted a defense to the Huli District Ethnic and Religious Affairs Bureau two days later. The bureau did not allow the church to request a hearing and appeal.

Members of Xinzao Church hope for a hearing where leadership could “defend and testify to the faith” before government officials. Congregants say they will not yield to authoritarian action and  hired a lawyer who will arrive in Xiamen soon.

According to the church, the goal of the legal battle is not to win the case as the church strives for a “just verdict that laws can grant.” Members plan to stand their ground “for the sake of the faith.”

In the submitted appeal to the Huli District Ethnic and Religious Affairs Bureau, Xinzao Church cites freedom of religion based on the UN Universal Declaration of Human Rights, arguing “we have the right and freedom to practice religion, publicly or secretly, individually or collectively.”

The appeal also reportedly touches on how government officials and law enforcement operated under unclear facts and inappropriate processes.

Church officials demand the Huli District Ethnic and Religious Affairs Bureau hold a public hearing and withdraw their decision. The church is not interested in complying with the administrative penalty.