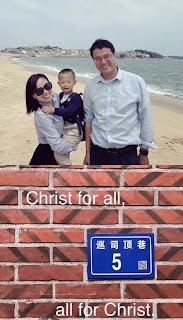 In
relation to the administrative penalty, the court insisted that Mr. Yang and
his wife organized religious gatherings illegally, knowing Xunsiding Church had
been banned. Thus, their ¥200,000 (~31,284 USD) fine
was appropriate. The second amount was an enforcement of a fine against Mr.
Yang imposed in 2019 with an amount of ¥50,650 (~7,922 U.S. dollars).

On July
29, Pastor Yang Xibo and his wife Wang Xiaofei received administrative penalty
notices from Siming District Religious Affairs Bureau. Each of them was fined ¥100,000
(~15,642 U.S. dollars) for organizing church gatherings. The couple refused to
accept the ruling and submitted an administrative reconsideration request,
asking the government to reverse the penalty. They stated in their request:

1. The administrative penalty was based on the wrong
application of the law.

2. The respondent exceeded its functions.

3. The main facts are not clear, and the evidence is not
sufficient.

4. The administrative penalty decision was given without
following the procedure prescribed by law.

5. The penalty is clearly inappropriate.

Yang and Wang were responsible
for contacting participants, selecting venues, preparing equipment, preaching
on stage, negotiating with law enforcement personnel on behalf of religious
believers, evacuating believers from the venue, and promoting the events.
However, none of the above-mentioned religious events were approved by the Religious
Affairs Bureau. Their efforts made these illegal religious gatherings possible.
Yang Xibo started Xunsiding church without receiving a “Registration
Certificate of the Site for Religious Activities”. After the church was banned by law,
Yang continued to organize illegal religious events. He has severely violated
the law; Wang Xiaofei organized and participated in the illegal event at
Jinbiyuan community under the condition that she knew Xunsiding church had been
banned. After the Religious Affairs Bureau issued a “Notice of Ordering for
Correction”, she continued to organize and participate in the religious event
on a beach under Yanwu bridge. She has also severely violated the law. Yang
Xibo and Wang Xiaofei have violated article 40 and article 41 of “Regulation on
Religious Affairs”. As Siming District’s administrative subject for law
enforcement on religious affairs, we have the authority to issue the
administrative decision notice in compliance with “Regulation on Religious
Affairs” and article 71 of “Law of the People’s Republic of China on
Administrative Penalty”.

If Yang and Wang decided to
refuse the administrative reconsideration, they could bring a lawsuit before the
people’s court within 15 days.

Pastor
Yang Xibo was not surprised with the result and decided to appeal: “I will
appeal according to the law, and obey God’s will. Paul knew he will be
imprisoned, but he still went to Jerusalem. Jesus knew he will be crucified,
but he was determined to come down to earth from heaven.”

Xunsiding
Church is Ximen’s largest house church and one of the most heavily persecuted house
churches in Fujian province. On May 19, 2019, officials banned them, similar to
Early Rain Covenant Church in Chengdu and countless house churches across the
nation. The government sent a lot of police officers to monitor the Xunsiding’s
building, raiding Sunday services and arresting Christians. Police also
demolished congregants’ houses and forced Christians to send their children to
public schools. However, Xunsiding continued to grow, so the government started
to impose heavy fines.

I don’t expect justice in the world. Only God is
completely just. He gives us good times and bad times to cultivate us to be
more like Him. Philippians 3:20: But our citizenship is in
heaven. And we eagerly await a Savior from there, the Lord Jesus Christ.