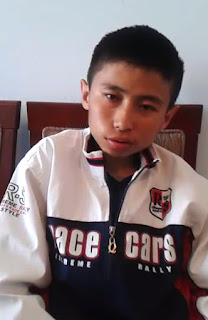 (Ili Kazakh, Xinjiang—May 19, 2018) Since last week, police from several counties in Tacheng, Ili Kazakh Autonomous Prefecture, Xinjiang have been visiting Kazakh and Uyghur households to confiscate the residents’ laptops and other communication devices. According to local Kazakhs, the government forcibly inspected their computers with the excuse of “eliminating terrorist videos.”

A Kazakh man, who just escaped from Tacheng, revealed that last week the police from his hometown suddenly inspected the personal computers of local Kazakh and Uyghur residents. He said, “The government demanded to inspect every computer in every minority household, looking for religious videos. If any videos related to Islam are found in a person’s computer, even if they are normal, innocuous videos, the person will be treated as a terrorist. It’s their internal regulation. They check the computers, cell phones, iPads, and hard drives in every minority household. The minority residents found strange applications that they had never seen before after the electronic devices were returned.”

Currently, many local Kazakhs are worried the police will try to to frame them. The informer said, “The police will impose a random crime on you in order to arrest you. If they fail to find any excuses, they will plant some videos or pictures in your computer. I believe that their next step is to punish the prisoners of the reformation centers. [The government] will fabricate evidence and turn innocent citizens into terrorists. We don’t know what to do.”

As the international media began to report on the sufferings of the minority groups in western China, the Xinjiang police started investigating how the information was leaked.In response, the local officials now require the Communist Party Members to carefully store the government documents and conference records and avoid posting work-related information on WeChat.

These targeted acts by the government only add to the increased persecution of minority groups, including the Uyghur and Kazakhs, in the Xinjiang province.

Ersin Aqjol, a 17-year-old living in Kazakhstan, publicized his own hardships from the government’s oppression. He and his parents lived in the Urjar Audan county of east Kazakhstan. However, his father, Ompaq Ersin, and his mother, Aqan Saltana, have been detained in China for over a year. He said, “My parents have Kazakhstan nationality. In 2017, they traveled to China to cancel his household registration, and he had never returned since. I fell from the bicycle when I was little, and the muscles on my leg begin to atrophy. I can’t walk normally now. I live in the hospital now, and I will receive an operation in the future. The medical treatment costs a lot. My parents have been detained in China for more than a year. No one paid the hospital bills, and I can’t support myself. I need help from warm-hearted people and charity organizations. The Chinese police refused to cancel my parents’ household registrations. In addition, the police confiscated their passports.”

According to Aqjol, no one has heard from his parents. He is extremely worried about his parents’ wellbeing and does not know where to turn. He hopes the Kazakhstan diplomats can negotiate with the Chinese government so his parents can get back their passports and return home.

ChinaAid aims to expose human rights abuses in Xinjiang and throughout China by the government in order to promote the religious freedom, human rights, and the rule of law.