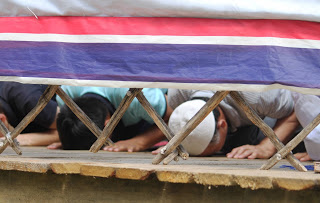 (Tacheng, Xinjiang—Jan. 29, 2019) Xinjiang authorities have continued their crackdown on famous Muslim Kazakh intellectuals. Specifically, an author who was arrested with 30 other colleagues and sentenced to 15 years in re-education camp.

Areai Jienisi, a woman claiming to be a citizen of Kazakhstan, recorded a video recently, stating that her mother, Milanguli Tuohejiang, was summoned by police in Tacheng, Xinjiang on January 7. Her passport was confiscated and she is unable to come back to Almaty.

Jienisi said, “My mom is a famous correspondent on the Tuoli county TV station in Tacheng and a poet. [On January 7,] Xinjiang police came to my mom’s home, stopping her from using her cell phone, so she didn’t contact us. “ Areai said her mother, Milanguli, had both a Chinese passport and a Kazakhstan green card and that she often came back and forth between Almaty and Tacheng.

Tuohejiang’s poetry anthology, Pigeon, was published by China Nationalities Publishing House in 2004 and is about Kazakh family life. Areai said that her mother’s works were not related to Chinese politics and religion.

Serikzhan, the founder of Atajurt Kazakh Human Rights headquartered in Almaty, Kazakhstan, said that Atajurt has been calling on international organizations to negotiate with the Chinese government in an effort to urge Chinese authorities to release Tuohejiang.

Serikzhan said, “She has two daughters and they both are Kazakhstan citizens. Milanguli [has a] Kazakhstan green card. However, she is under house arrest.”

Another well-known Kazakh journalist and writer, Dilixiati Worealebai, was sentenced to 15 years in a re-education camp. He is a Chinese citizen born in 1962 and is a prestigious Kazakh translator. He has authored over 10 books and translated a large amount of TV works. His younger sister is a writer and journalist as well. She was also arrested and has been in custody for two years. It is said that four people of the Worealebai family including Dilixiati and his sister were arrested by authorities.

Yeertai Suletanbieke, a popular Kazakh poet and writer, was sentenced to 15 years because he wrote a poem dedicated to the President of Kazakhstan. He and his 30 colleagues were arrested together.

Earlier in the year, Saizangguli Yizhatuola, a famous Kazakh film and TV planner, was arrested only because she loaned her SIM card to her mother who came to visit from a foreign country. No update is available on her.