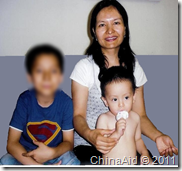 (Urumqi—Jan. 26, 2010)  In a most welcome development in the campaign to right the injustice against imprisoned Uyghur Christian Alimujiang Yimiti (aka Alimjan Yimit, or Alim), the People’s High Court of the Xinjiang Uyghur Autonomous Region in Urumqi, China accepted his appeal to have the case reviewed in November of 2010.

This same court last March upheld on appeal the fifteen-year sentence for allegedly leaking state secrets imposed upon the former fruit orchard farmer by the Kashgar District Intermediate Court in October 2009. This sentence was announced three months after the close of a second closed-door trial was held to replace the first one held over a year earlier on May 27, 2008 which due to a lack of evidence resulted in the case being thrown back to the Kashgar police. As they waited for the politically-sensitive season surrounding China’s staging of the 2008 Summer Olympics to pass and attempted to patch-up their case against Alimujiang, the additional spurious initial charges against him of inciting ethnic separatism and illegally propagating his Christian faith were abandoned, while all this time he languished in a pre-trial jail completely cut off from all contact with his family.
On December 17, 2010, lawyer Li Dunyong of Gongxin Law Firm of Beijing went to Urumqi in Xinjiang and met with Gulinuer (Gülnur), Alimujiang’s wife, to discuss their proposed trip to the prison to visit Alimujiang.
The files on Alimujiang’s case are in the Uyghur language, which Li Dunyong doesn’t understand.  Therefore, Alimujiang’s family found a Uyghur lawyer to help Li.  They reviewed the case together and made preparations for Alimujiang’s appeal.
On the second day, Li Dunyong, the Uyghur lawyer and Alimujiang’s family went together to Xinjiang Higher People’s Court and talked with Judge Kadeer, who is in charge of Alimujiang’s case.  However, the judge advised his family not to spend more money on the lawyer, claiming that their collegiate bench had studied the case and had already made their decision, which will come out next week.
After that, Li Dunyong went to the Prison Administration Bureau to apply for a meeting with Alimujiang.  The Prison Administration Bureau wrote a document and gave it to Alimujiang’s family in a sealed envelope, saying that once this letter was handed to the prison, the lawyer could then have a meeting with the prisoner.  However, after they arrived at the prison and showed the letter, the officials there refused to let Alimujiang’s family and the lawyers see him.  The Prison Administration Bureau said the prison officials don’t need the Bureau’s approval, and they can decide whether anyone can meet with the prisoner.
Then the lawyer returned to the prison and requested a meeting with Alimujiang. While other people in the prison agreed to let the lawyer and Gulinuer meet with the prisoner, the warden of the prison required them to have a “Notice of Case Filing for Retrial” issued by the court before they could meet with the prisoner.  So the lawyer went to the court for the “Notice of Case Filing for Retrial.”  The court said they would not give the “Notice of Case Filing for Retrial” to the family members, but only to the prisoner himself.  The lawyer then went to the court, where the judge said that once the notice of case acceptance is delivered to the family members of Alimujiang, it means the case of retrial has been filed and there is no need to issue the “Notice of Case Filing for Retrial” to Alimujiang himself.  The court says the lawyer may come review the documents on the case, but they are all in the Uyghur language.
The court told Gulinuer that they had already made the decision on the case through a collegiate bench on the 20th of the month.  According to past experiences, notices of the court decisions were always delivered first of all to Alimujiang himself, then to the lawyer and the family members.  However, as of now, neither the lawyer nor the family has got any news. They are still waiting.
Gulinuer once again requests brothers and sisters worldwide to earnestly continue to pray for her husband’s freedom and complete exoneration. Pray that the re-opening and review of Alimujiang’s case would expose the trumped-up charges to Chinese authorities prepared to uphold the rights of its ethnic and religious minorities and remove the shame of this injustice. Pray also that as a result of this suffering, the purifying, strengthening, and multiplication of the Uyghur church across Xinjiang will be accomplished.
Visit FreeAlim.com and sign the petition to free Alim.
Reverend Bob Fu, President of China Aid Association, said, “We welcome the positive development by the new leadership of Xinjiang.  We urge the government to respond to the ruling of the UN Working Group on Arbitrary Detention [in 2008, which issued Opinion No. 29/2008 declaring Alimjan’s detention arbitrary], to drop the charge of leaking state secrets, and to release Alimujiang who has been in prison for more than three years.”
Read the summary of Alimujiang’s case here.