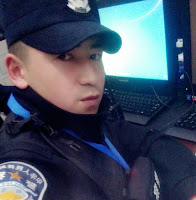 In addition, all group chats will be subject to strict government management; users cannot post any information in WeChat that is detrimental to the country, the Communist Party, or Xinjiang. Those who post sensitive information will be severely punished.

A week later, they announced that all groups that contain ethnic minorities, who comprise a large portion of Xinjiang’s population and are routinely discriminated against and persecuted, will be disbanded. According to a Kazakh man, “The police also told us: ‘If the country asks you to die, you should die willingly. No nonsense. Dismiss all chats at once.’”

The new regulation also ordered all WeChat users to “control your mouth, control your hands, and do not believe in or pass on rumors.” Those who are deemed in violation of this will “bear the consequences.”

ChinaAid exposes abuses, such as those experienced by the people of Xinjiang, in order to stand in solidarity with the persecuted and promote religious freedom, human rights, and rule of law.