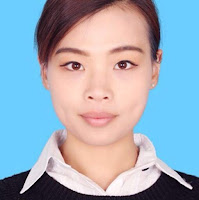 ChinaAid
(Tianjin—May 19,
2017) A young female lawyer recently detailed the torture she experienced
during her incarceration as part of a nationwide crackdown on human rights
attorneys.
Li Shiyun wrote
a post on social media, incriminating authorities who brutalized her during her
time incarcerated for her defense of persecuted people. On July 10, 2015,
officials arbitrarily kidnapped and arrested Li as part of nationwide crackdown
on human rights attorneys.

For six months,
she was locked and isolated in a dark cell and then transferred to a secondary
detention center for three months. Government personnel forced her to stand
still for 16 hours, chained her to a chair designed as a torture device for a
week without allowing her to move at all, and made her sleep head-to-head with
a criminal sentenced to death. Additionally, they drugged her for seven months,
a method of torture commonly used against human rights lawyers.

ChinaAid is
exposing Li’s experience in order to stand in solidarity with her and other
persecuted individuals fighting for justice as well as promote religious
freedom, human rights, and rule of law.