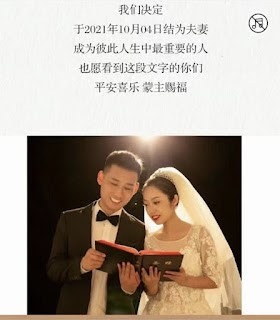 (Taiyuan, Shanxi province—August 5, 2022) On the morning of August 5, a trial was held against minister An Yankui and Zhang Chenghao of Zion Reformed Church. They both faced charges of “illegally crossing the national border.” Zhang Chenghao’s wife Guo Juan attended the trial, and authorities took her away afterward.

An Yankui’s son An Xiongwei and Guo Juan attended the trial. ChinaAid sources reported that An Yankui looked healthy, but Zhang Chenghao looked thinner. During the trial, the two lawyers argued that Fenyang court has no jurisdiction over the case and that the judge was biased. They requested the court to withdraw the case, and the presiding judge decided to adjourn to process the lawyers’ complaint and request. The time for the next session is unknown.

After the trial, An Xiongwei and Guo Juan had lunch with other Christians in a restaurant. However, a large group of police officers suddenly rushed into the restaurant and took Guo Juan away. They gave the same reason as when they took away An Yankui’s wife Yao Congya the day before. On April 3, Yao Congya and other Christians of the church worshipped in a restaurant. Authorities raided the service and took away seven Christians. Although given 15-day detention, the believer’s punishment was postponed.

On November 21, 2021, An Yankui and Zhang Chenghao were taken away by the Fenyang Municipal Bureau of Public Security under the charge of “illegally crossing the national border.” They were held in Fangshan County Detention Center and Xiaoyi Detention Center, respectively. Zhang Chenghao and Guo Juan married a little over a month before Zhang’s arrest. Police raided An Yankui’s and Zhang Chenghao’s homes and confiscated some electronic devices and books without leaving a list of impounded items.

Visitation requests have been constantly denied for the two men since their imprisonment due to supposed “national security concerns.”

On January 17, 2022, Guo Juan posted on social media that Mr. Hu, who is vice head of Lvliang National Security Branch and in charge of An Yankui and Zhang Chenghao’s case, is a suspect of bending the law for selfish ends and power abuse, including illegally confiscating citizen’s personal property and preventing the lawyer from visiting his client.

Several days later, Guo Juan received a phone call f
rom Fenyang Public Security Bureau and asked her to go to the police station. She met with Mr. Deng and Mr. Hu, who are in charge of the case. They returned five items impounded from her home, but they refused to return anything impounded from An Yankui’s home.

Mr. Hu told her that Zhang Chenghao didn’t plead guilty in the detention center. He didn’t sign his signature on the interrogation report either. He only talked about things about himself but didn’t mention anyone else. Because of his unwillingness to cooperate with the authorities, he may face a longer sentence.

Several days before the trial of An Yankui’s and Zhang Chenghao’s case, police officers wanted to prevent Guo Juan from attending the trial. An Yankui’s wife Yao Congya was taken away by police before the trial for 15-day detention. Police were angry when they saw Guo Juan in court. They tracked her cell phone and took her away when she had lunch after the trial. She has been administratively detained.