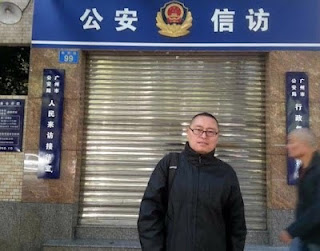 In late October 2020, he questioned the Guangzhou Municipal Public Security Bureau on WeChat. They recognized Li Shiquan’s death, the bureau’s chief of the political department, as “perishing in the line of duty.” Zhang thought they fabricated this fact, but Haizhu District Public Security Bureau opened a case and investigated Zhang. In April 2021, Haizhu District People’s Procuratorate charged him with “picking quarrels and provoking trouble”. In June 2022, Haizhu District People’s Court sentenced him to two years under the charge of “picking quarrels and provoking trouble.” He appealed to Guangzhou Intermediate People’s Court in late June 2022. Currently, he is imprisoned in Haizhu District Detention Center.

Zhang Qiang was once a core member of the Guangzhou office of an American trading company. He was also a witness to the 1989 June 4th Tiananmen Square Massacre. In 1985, he was enrolled in the South China University of Technology and majored in polymer materials engineering. He was expected to graduate from his university in June 1989. However, the university expelled him after he joined the 1989 demonstrations in Tiananmen Square. His household registration was also canceled by the local police station. He became an undocumented person since then, unable to do anything that requires a government-issued ID.

Because of that, Zhang Qiang sued Guangzhou Municipal Public Security Bureau. There were 2 trials, but they didn’t allow him to enter the court to attend the trials without an ID. 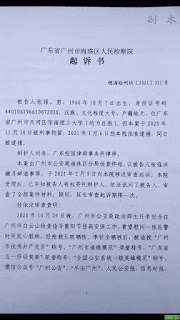 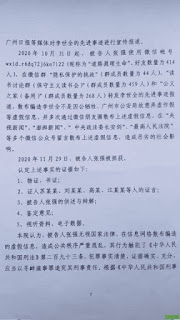 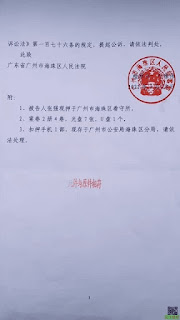 Guangzhou Bible Reformed Church asked fellow Christians to pray for Zhang Qiang as well as another Christian Gao Heng. Gao Heng became a suspect of “provoking trouble and picking quarrels” for holding a sign reading “Pray for the country” at a subway station on June 4, 2021. Gao Heng has been imprisoned for more than 1 year. A secret trial was held on February 11, 2022, but no verdict has been announced yet.