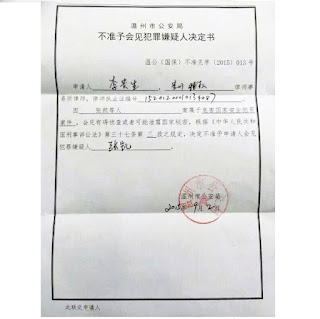 China Aid
Reported in Chinese by Qiao Nong. Translated and written in English by Brynne Lawrence.

After authorities originally removed Chuiyang Church’s cross on Sept. 10, 2014, church members replaced it, prompting another demolition attempt. At 1 a.m. on Sept. 8, “[400-500 government officials] broke through the door and destroyed it … and sawed down the middle of the cross,” a local Christian said.

At 6 a.m. the same day, Christians from Yahui Church re-erected their cross following a prior demolition. In response, the authorities dismantled the cross again at 4 p.m. The church members then replaced it again at 6 p.m.

Similarly, authorities destroyed the re-erected crosses of three other churches that day: Shangzhou Church and Xianqiao Church, both in Pingyang County, Wenzhou, and Pengjiashan Church.

Zhang provided legal representation to Zhejiang churches until he was detained on Aug. 25. His family received a notice from the Wenzhou government, stating they suspect Zhang of a series of serious crimes, including “stealing, spying, buying and illegally providing state secrets and intelligence to entities outside of China.” On Sept. 2, local officials wrote a notice from the Wenzhou authorities titled, “Prohibition from Meeting with Suspected Criminals,” to Li Guisheng, Zhang’s lawyer, which declared that Li was not permitted to meet with his client due to Zhang’s status as a possible enemy of the state.

Some Christians posited that officials might torture Zhang to extract a confession or other evidence from him. Li states that, since his client is under house arrest and there are no regulations in China’s Criminal Penal Law for his particular case, there is no way to obtain information that would either confirm or deny suspicions of torture unless someone were granted a meeting with Zhang.

Li intends to write to the Wenzhou police and the Procuratorate’s office to demand that his client’s rights be upheld.