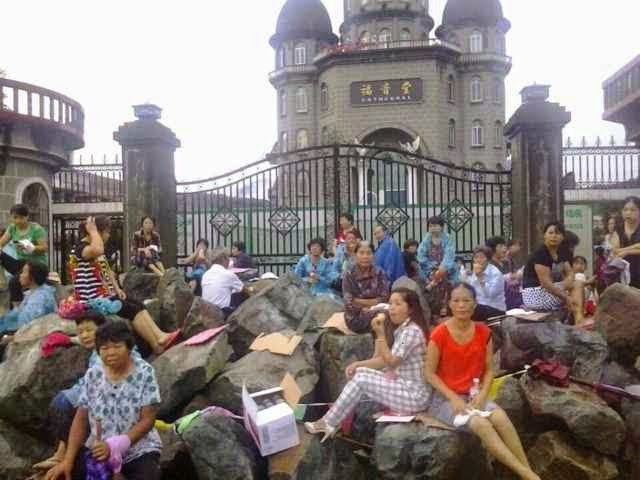 As a continuation of the province-wide “Three Rectifications and One Demolition” campaign, more than five churches in Pingyang County, Wenzhou, during the last half of August, including Shangzhou Church, where more than 100 government officials arrived on Aug. 27 to demolish the church’s building.

“The church itself was not demolished, but a small house on the side of the church was demolished, and several elderly people were beaten,” another believer said the day of the incident. “I’ve just learned that more than 10 people were injured this morning and in the afternoon, some people were discharged from the hospital. Three people remain in the hospital for further observation.”

“The [authorities] went there in the morning and in the afternoon,” another Christian said. “I saw the photos. An elderly woman who goes to our church was sent to a hospital. She’s at least 60 years old. A one-story building of the church was demolished. About two or three rooms outside the church gate were demolished.

“Now the big gate is closed, and only a small door remains open,” the Christian said. “The [authorities’] vehicles can’t go up there unless they storm inside and demolish it. Inside the gate, there are stones and wood the church members are using to block the gate.”

“Those elderly church members wouldn’t let the authorities demolish the cross,” the church member said. “As a result, they were injured and sent to the hospital. They were afraid this incident might get more serious like the Salvation Church in Shuitou, [which is also in Pingyang County]. The church leaders were afraid that there would be a serious, bloody incident so they ordered their subordinates to withdraw.”

On July 21, Pingyang County authorities attempted to fight their way through a human wall at the gates of Salvation Church, resulting in the serious injury of at least 14 people. Two of the injured received surgeries to correct their wounds, and seven of the injured have hired lawyers to pursue a lawsuit against the Pingyang County Public Security Bureau.

The same day, authorities demolished the crosses topping Ruoheng Church in Tiazhou and Chengxi Church in Rui’an, Wenzhou. Prior to the incidents on Aug. 27, authorities in the Gaogao village of Baixiang, Yueqing, Wenzhou, sent approximately 100 riot police to the village on Aug. 21 to demolish a church, resulting in another physical conflict between believers and police. The believers were dispersed when police used pepper spray against them.

The Pingyang County government also sent a larger number of police to Shangzhou Church, Zhengshan Church and Xianqiao Church on Aug. 21, where they failed to demolish any structures due to resistance from believers.