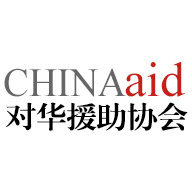 Zhejiang locks down on churches in preparation for international summit

(Hangzhou, Zhejiang—Aug. 10, 2016) With a major international summit of world leaders to be held in China’s coastal Zhejiang province in early September, Chinese authorities have increased pressure on churches in the area, closing down a prominent house church for organizing “Christian activities without permission.”

The G20 summit is an annual meeting of nations to discuss key issues of the global economy. The leaders of 19 nations and the European Union, including President Obama, will meet in Hangzhou, Zhejiang from Sept. 4-5. Zhejiang authorities have reportedly been preparing for this meeting as early as February, including a close monitoring of hotels, restaurants, churches and temples.

In addition to this monitoring, however, crackdowns on religious activity unapproved by the government have increased. Authorities have cited that their actions to prepare for G20 include closing various “folk beliefs,” which they claim pose safety risks, and organizations that hold large or unusual activities “without approval.”

This initiative specifically targets Christian house churches. Officials recently raided a house church in Hangzhou that is affiliated with Watchman Nee’s “Little Flock” Local Church movement. This house church has nearly 2,000 members and has been meeting for more than forty years, even gathering during Mao Zedong’s oppressive Cultural Revolution. A local neighborhood committee and police station issued a notice that prohibited all future meetings.

According to Li Guisheng, a Christian human rights lawyer, the church’s members consulted with him regarding legal problems but chose not to reveal their church’s name for fear of being exposed.

Local Christian Zan Aizong reported that eight officials from the religious affairs bureau and its subdistrict office raided the church to take pictures and disperse the service, forbidding the church from meeting further. Several other house churches in the area also reported authorities forcing meetings to stop.

Authorities have also been targeting churches outside of Hangzhou, including Qibao Church, which is located in Wenzhou. According to a local Christian, “They put signboards inside the church and required us to … comply with the ‘Five entries and five transformations’ [Editor’s Note: “Five entries and five transformations” is a series of requirements imposed by the Communist Party in order to align churches with socialist ideals]. After removing some church crosses, they wanted to put up the [national flag], but [some] people did not let them. It was not possible for [officials] to erect some flags. Our church doesn’t have one and neither does our rooftop. [The authorities] are picking quarrels over nothing.”

Zhou, another Christian from Hangzhou, said that many of the churches’ supplementary activities will begin closing in mid-August, and he expects that the government will require house churches to stop meeting altogether.

A translation of the document issued to the Little Flock church can be read below.

China Aid reports on instances of Christian persecution such as this crackdown on house churches in order to expose abuses committed by Chinese authorities.

According to investigations, we discovered that you organized believers to participate in Christian activities arbitrarily without permission. Your action violates the Articles 12 and 20 of the Regulations on Religious Affairs and may pose potential danger to the society.

In conclusion, please stop all illegal gatherings within a week of receiving this notice (deadline 7/12/2016) in order to eliminate potential dangers. The public security bureau, the fire department, market surveillance and the ethnic and religious affairs bureau and other related departments will be forced to employ compulsory measures if you refuse to reform in the allotted time. The believers can attend nearby legal Christian sites such as Chongyi Church and other related venues.