The detainment followed an accusation of “engaging in illegal religious infiltration activities in Kashgar, spreading Christianity among the Uyghurs, and distributing religious propaganda materials to increase the number of Christians” by the Kashgar Municipal Commission of Ethics and Religious Affairs on Sept. 13, 2007.

Alimujiang’s first lawyer was turned away, and it wasn’t until April 18, 2008, that a lawyer was able to meet with him. He was tried in secret on May 27, 2008; his family, including his wife and two sons, was barred from attending. At the trial, it was concluded that there was insufficient evidence to convict Alimujiang of divulging state secrets, causing the case to be turned back over to the Kashgar police for further investigation.

Alimujiang was again charged with “unlawfully providing state secrets to overseas organizations” on July 11, 2009, after more than a year in detention with no formal verdict. The separatism charge was dropped without explanation.

On July 28, 2009, the Kashgar Intermediate People’s Court conducted a second secret trial, once again barring Alimujiang’s family from attending. The hearing was left without a verdict, and Alimujiang was finally convicted and sentenced to a 15-year prison term on Aug. 6, 2009.

Alimujiang’s wife and lawyer didn’t learn of the trial until October 2009, and it wasn’t until December 2009 that they learned Alimujiang’s sentence.

On Sept. 12, 2008, the UN Working Group on Arbitrary Detention declared that Alimujiang’s detention was arbitrary and based solely on his “religious faith and religious acitivites.”

Alimujiang was born on June 10, 1973, in Hami, Xinjiang Uyghur Autonomous Region. In 1995, he converted to Christianity from Islam. For more information, visit freealim.com. 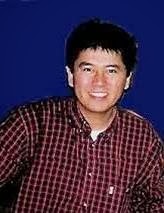