Zhu Yufu, a veteran political activist and a Christian, is serving a seven-year prison term for “inciting subversion of state power.” Zhu has previously been imprisoned twice for a total of nine years.

He is currently serving his sentence in east China’s Zhejiang province and is in dangerously declining health. His family members fear he will die in prison, but requests for his release on medical parole have been denied.

Zhu’s activism dates back to the first pro-democracy movement in Communist China: Democracy Wall which started in Beijing in 1978. Zhu was one of the founders of the Democracy Wall movement in his native Hangzhou, capital of Zhejiang province.

Zhu’s political activities led to his conviction on Nov. 2, 1999, of trying to subvert state power, for which he was sentenced to seven years in prison.

Following his 2006 release, Zhu was arrested again in 2007 and was sentenced to two years on a contrived charge of obstructing government business.

On March 5, 2011, Zhu was arrested once more, this time for a poem he wrote and distributed online around the time of the Arab Spring protests called “It’s Time” that called on people to take to the streets (http://www.hrichina.org/en/content/5790).

On Feb. 10, 2012, the Hangzhou Intermediate Court sentenced him to seven years in prison and deprived him of his political rights for three years for “inciting the subversion of the state power.” 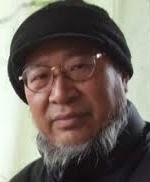