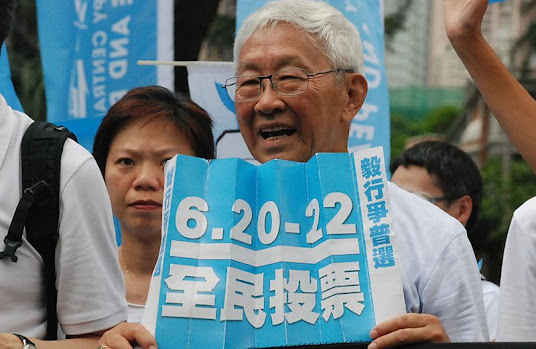 25 years after the Hong Kong handover: religious freedom at risk

(Hong Kong—July 13, 2022) Most Hong Kong dissidents have been silenced after continuous suppression. The Chinese Communist Party (CCP) abandoned Beijing’s commitment to “One Country, Two Systems,” the agreement for Hong Kong to exercise its autonomy, and the promise of 50 years without change. Chinese government loyalists now govern Hong Kong.

Anglican priest and former cabinet minister Jonathan Aitken said Hong Kong’s religious freedom faces a dangerous threat from the Communist Party of China. He warned that “there are increasingly ominous signs” that religious freedom in Hong Kong is “next on the hit list by the destructive forces” of Chinese leader Xi Jinping’s regime.

According to UCA News, Aitken made comments at the National Club in London ahead of the 25th anniversary of Hong Kong’s return to China. He noted that when Hong Kong was handed over to China, Beijing made “solemn promises” to ensure a high degree of autonomy, freedom, and the rule of law in Hong Kong, which was documented in an international treaty submitted to the United Nations—the Sino-British Joint Declaration.

Religious freedom in Hong Kong is becoming increasingly restricted. Since the implementation of Hong Kong’s draconian National Security Law, it has led to an almost complete collapse of the fundamental freedoms that were promised, Priest Aitken expressed.

“Today, a quarter of a century from the handover, the whole world came to see that the Chinese Communist regime has systematically broken those promises and violated the treaty,” said priest Aitken.

Aitken, who called Xi “ideologically a Marxist Nationalist and politically a brutal control freak,” stated that Xi is committed to ensuring that the Communist Party maintains an iron grip on power.

Pro-Beijing media, such as Ta Kung Pao, have been publishing articles attacking churches in Hong Kong, including the Good Neighbor North District Church. Police raided the church and froze the pastor’s HSBC bank accounts under pressure from the authorities. In May of this year, Cardinal Joseph Zen, a 90-year-old Catholic bishop emeritus, was arrested. Priest Aitken called it “a symbol of the regime’s anti-faith attitudes, not to mention Beijing’s total disrespect for a venerated 90-year-old spiritual leader.”

The Chinese government under Xi Jinping is “ruthless in his silencing of all who exercise their freedom of expression to voice, let alone demonstrate in support of views different from that of the regime.” Xi and his party are particularly hostile to faith-based groups, he continued. Leader Xi and his regime have behaved like “tough totalitarian thugs” toward faith groups and even toward all beleaguered groups in China seeking any degree of personal freedom. A totalitarian approach that priest Aitken noted has engulfed Hong Kong in recent years.

Aitken, now 79 years old, was ordained an Anglican priest by the Anglican Church in 2019. He came from the Conservative Party and was a former member of Parliament who served as a member of the British Cabinet from 1995 to 1997.