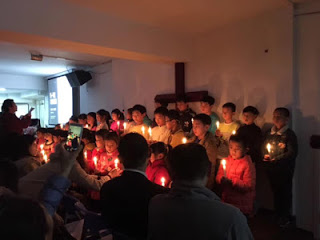 (Sichuan – December 2, 2019) Congregants of Early Rain Covenant Church (ERCC) still face harassment and threats from police nearly a year after authorities arrested more than 100 believers and shut down the church.

Last December, ERCC made global headlines after officials stormed the church and seized dozens of members, including Pastor Wang Yi.

According to new information, ERCC congregants continue to face harassment and threats by local police officials.

Officials, including Director Li of the Chengdu Municipal Police Station, devastated Pei Wenju’s and Jing Jianan’s family after they forcibly sent four of their legally adopted kids to different families.

After last year’s raid, officials said Pei and his wife’s adoption papers were not valid since in part, the kids were “trapped by an evil religion.”

According to reports, a group of authorities, including a police officer from Taisheng Road Police Station, came by their home in late November. The officer said they needed to move out soon and threatened beatings each time the family went downstairs.

Reports say water has been shut off at the place where the family is living. The couple’s daughter also cries and twitches amid the repeated threats.