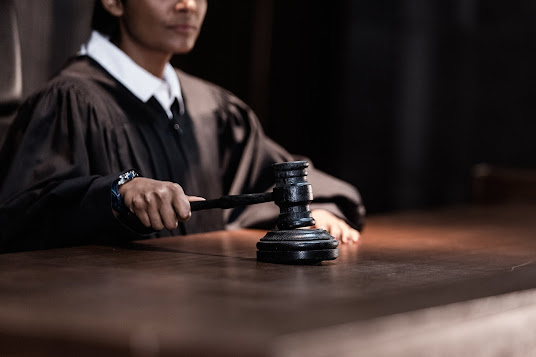 On the afternoon of April 15, without prior notice, a court
order gave a verbal notice regarding the continuation of the auction. According
to the ruling, Dawu Agriculture and Animal Husbandry Group was auctioned off to
a company named Baoding Ruixi Technology Co., with a transaction price of ¥686.1
million. The auction price matched the previous official evaluation price. The
Dawu Group’s ¥5.1 billion (~$762 billion) assets are only worth about ¥700
million after appraisal, and Baoding Ruixi Technology Co. acquired Dawu Group at
a significantly low price.

According to the industrial and commercial information network
Tianyancha, the company’s legal counsel Zhao Andong has a registered capital of
¥700 million (the amount that is subscribed and not actually paid), and the
company’s business interests include “agriculture, forestry, animal husbandry,
and fishery technology marketing services and more.”

According to reports, the hand behind this company is either the
government or a “Xinfadi company.” The “Xinfadi company” has reached an
agreement with government officials through the back door to take over the Dawu
Group and went through the motions in the form of an “auction.” A person
familiar with the matter said that the Xinfadi company was the white glove of
senior officials in Beijing, and now another “white glove” company was
established to “embezzle” the Dawu Group by seemingly legitimate means.

Human rights lawyer Liu Xiaoyuan expressed his suspicions in an
online post, “‘the company was only approved for establishment on April 12,
participated in the auction and won the bid on April 15, that’s no easy feat.”

“The company was established for the purpose of bidding for the
Dawu Group, right?” lawyer Liu continued.

Sun Fushuo, the second son of Sun Dawu, posted on his WeChat
Moments at 4 pm on the 15th, confirming the news that the company had been
auctioned.

The beginning of Dawu Group’s acquisition involved a land
dispute. On June 21 and August 4, 2020, there were two verified conflicts
between Dawu Group and the local state-owned farmland. Several employees and
managerial personnel of Dawu Group were arrested, which led to Dawu Group
protesting publicly. On November 11, Hebei police detained Dawu Group’s founder
Sun Dawu, his wife, and his eldest son in the middle of the night. Authorities
also arrested nearly twenty executives of the group. The Dawu Group’s assets
were seized by officials, and the authorities sent many workgroups to
twenty-eight subsidiaries of the group and took away all financial information.

At the end of July 2021, Sun Dawu was sentenced to eighteen
years in prison on eight counts of “illegal fundraising” and “picking quarrels
and provoking trouble.” Nineteen executives of Dawu Group were sentenced to
suspended sentences or sentences ranging from one to twelve years.

The Dawu case was controversial at the time. Sun Dawu’s lawyer
believes that Sun Dawu’s behavior complies with mainland laws and is a form of
private lending; it does not count as “illegal absorption of public deposits.”

Sun Dawu, 68 years old, is a well-known Chinese entrepreneur who
started his business by raising chickens and pigs. He founded Dawu Group in
1985, which encompassed many fields such as planting, breeding, private
education, medical care, and elderly care.

In 2003, Sun Dawu was sentenced to three years in prison with a
four-year suspension on the charge of “illegally absorbing public deposits.”
Liu Xiaobo, a professor at Beijing Normal University who later won the Nobel
Peace Prize, commented on the case in 2003:

Agricultural entrepreneurs like Sun Dawu not
only despise power and money transactions but also have the courage to speak
out. They have both economic resources and organizational skills. They also put
forward ideas on getting rid of poverty from the perspective of fighting for
farmers’ rights and calling for political reform from the standpoint of
constitutional democracy. Their ideas pose a considerable challenge to the
current system politically. They are likely to become a new type of “peasant
leader,” so the authorities felt the need to use vague laws to rectify this.

Sun Dawu has close contact with celebrities in the Chinese
academic and ideological circles. In April 2003, Sun Dawu published an article
in memory of Chinese liberal intellectual Li Shenzhi on the website of Dawu
Group. Authorities accused him of seriously damaging the image of state organs
and fined him. They ordered the group’s website to suspend operations for rectification.

Sun Dawu once praised Xu Zhiyong, a human rights lawyer who
defended him in 2003. Police took Xu Zhiyong in February of last year, and courts
approved his arrest in June. He and his girlfriend are currently in prison.

Before the group was auctioned off, the family members of
founder Sun Dawu and twenty thousand shareholders publicly protested and
questioned the court’s “auction” of Dawu Group. In an open letter to Chinese
leader Xi Jinping, Sun Dawu’s second son, Sun Fushuo, asked, “Why is an
ordinary criminal case exaggerated and alienated into a highly sensitive
political case?”