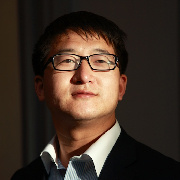 China Aid
Reported in Chinese by Qiao Nong. Translated and written in English by Brynne Lawrence.


(Wenzhou, Zhejiang—Sept. 4, 2015) Detained human rights lawyer Zhang Kai’s relatives received a notice from the Wenzhou police yesterday that stated they suspect him of “gathering a mob to disturb public order and stealing, collecting, purchasing and illegally providing state secrets and intelligence to overseas organizations,” and announced that he would be placed under house arrest.

Recently, the government sentenced Zhang to serve six months in a “black jail,” or unofficial detention center, but Chinese law states that he could be sentenced to more than 10 years in prison.

On Aug. 25, Wenzhou authorities apprehended human rights lawyer Zhang Kai and his assistant, Liu Peng. For two days, Zhang was allowed no outside contact. When his lawyer, Li Guisheng, traveled to Wenzhou to confer with his client, the authorities forbade the meeting because the case was “one involving national security.”

Zhang’s apprehension occurred during travel to China, David Saperstein, Ambassador-at-Large of International Religious freedom. Saperstein, who was scheduled to meet with Zhang the day after his detainment, expressed his subsequent disgust at China’s treatment of religious practitioners and human rights proponents. “These actions already give rise to an enormous issue. We call on Beijing to immediately release these human rights activists and religious leaders.”

Zhang Kai is a Christian lawyer, originally based in Beijing, whose fight for religious freedom relocated him to Zhejiang. In the last year, he has represented 10 different churches caught in legal battles and spoke openly against cross removals. Following his apprehension, a Christian in Zhejiang expressed worry over his current situation, saying that he was probably in danger of being tortured as officials might try to “extort a confession and make him plead guilty.”