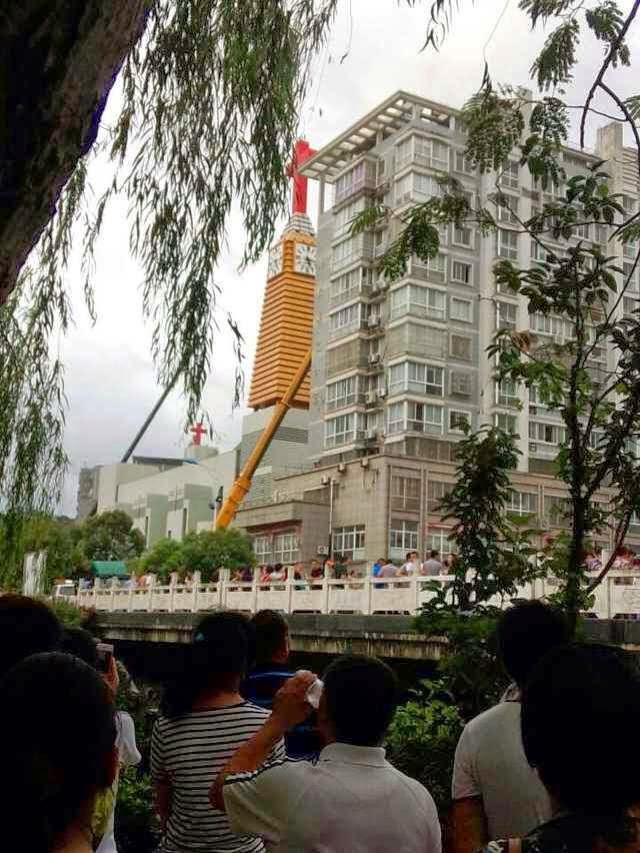 Net-Cross reported that at 2 p.m. on Friday morning, special police, patrol units, government employees and a demolition team arrived at Chengguan Hall to demolish the crosses. The smaller of the two crosses was demolished, but officials were unable to demolish the larger cross because two machines began malfunctioning.

Police began to take their anger out on worshippers who were singing hymns and praying at the church, according to Net-Cross. Approximately 40 believers were detained and some were hospitalized due to injuries, the report said.

Official had previously attempted to demolish the crosses on Monday and Tuesday before the powerful typhoon Matmo hit on Wednesday, but were unsuccessful because of the strong winds and rain that preceded the typhoon.

After the two failed attempts, Wenling’s mayor swore that he would resign if the crosses couldn’t be demolished, Net-Cross said. Additionally, those in charge of Chengguan Hall were threatened. Locals received notices, stating that the Christians must not go to church or they will be detained.

Chengguan Hall was built in the late 1800s, but was demolished and rebuilt in a new location in early 2014 because of urban planning needs that arose. A small cross and a large cross, the targets of this demolition, were built on top of the building after the relocation.