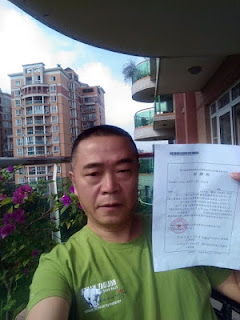 Huang Qi was arrested in 2016 for “leaking supplying state secrets overseas.” Before being taken into custody, Huang ran the website “64 Tianwang,” where he reported on China’s human rights abuses. He also has hydrocephalus, extremely high blood pressure, heart disease, and kidney disease, but officials have denied his multiple appeals to seek treatment outside of the prison, leaving him in a dangerous condition.

This echoes the treatment China has provided key imprisoned dissidents in the past. Liu Xiaobo, a Nobel Peace Prize laureate and pro-democracy activist, was diagnosed with late-stage liver cancer, and pleas to allow him to seek medical treatment abroad were refused. He died in July 2017, only a few months after his diagnosis.

Yang Tianshui, another prominent critic of the Chinese government, succumbed to brain cancer in early November 2017. After his family petitioned for authorities to release him on medical bail to receive treatment, the government cut off their contact with him.

ChinaAid exposes abuses, such as those experienced by Huang, Yang, and Liu, in order to stand in solidarity with the persecuted and promote religious freedom, human rights, and rule of law.