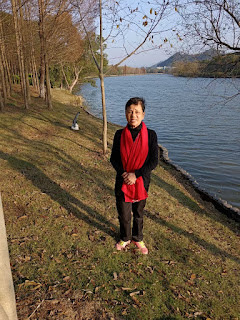 Case of Christian bookstore handled in a bizarre way; family continues to appeal

(Taizhou, Zhejiang Province—January 13, 2022) The verdict of the second
trial of Chen Yu and “Xiaomai Bookstore” upheld its original sentencing. However,
the verdict was first posted by an official WeChat account called “Zhejiang
Crackdown on Pornography and Illegal Publications” on January 5, which is
against the normal protocol that the court should inform the attorney. The
official account belongs to Zhejiang Province’s “Crackdown on Pornography and
Illegal Publications” Office. The title of the news story about the Xiaomai
Bookstore case is “Taizhou settles a case of illegal publication and business
operation”, and the details are as follows:

Recently, the second
trial of Chen Yu’s case of “illegal publication and business operation” was
held at Zhejiang Province Taizhou Municipal Intermediate People’s Court, and
the verdict sustains the original judgment of the 1st trial: Chen,
the defendant, is sentenced to 7 years on a charge of illegal business
operation and fined 200,000 yuan. It is affirmed that the defendant registered
“Xiaomai Bookstore” at the e-commerce platform of Beijing Pocket Fashion
Technology Co. Ltd. On April 12, 2016, it sold over 12,000 illegal publications
without having the domestic legal CIP and import permission, and the illegal
profit totaled over 200,000 yuan.

Zheng Jinmei, the mother of Chen Yu, contacted the defense lawyer right after seeing the news
story circulating online, but the attorney said that he did not yet receive the
verdict of the 2nd trial. He comforted Chen Yu’s mom, saying that he
knows that they have difficulties with money.

The “Xiaomai Bookstore” case is a typical case of burning
books and burying Christians alive. Chinese government tightens its control
over Christian publications so that Christians living in mainland China have
no access to relevant goods and new books. The books that Chen Yu sold are
original books published by A Kernel of Wheat Christian Ministries based
in the U.S. The publisher focuses on translating Christianity books and serving
Chinese readers. Attorneys and Chen Yu’s parents provided sufficient evidence,
proving excessive punishment for the first trial. Everyone was initially optimistic
about the second trial.

Diagnosed with cancer after Chen’s arrest, Chen Yu’s
father remained weak after chemotherapies. He converted to Christianity while
battling cancer. Zheng Jinmei suffered a lot of health issues due to her son’s
arrest. Last autumn, she underwent gastroscopy and colonoscopy. Her doctor
removed a polyp in her stomach and discovered a cyst in her kidneys and hydronephrosis.
Despite her circumstances, strived to serve and connect with Zhang Zhan’s
mother via the Internet. They comforted each other, and Zheng Jinmei shared the
gospel with Zhang Zhan’s mother.

Chen Yu’s parents were disillusioned and outraged after hearing the verdict of the 2nd trial, but Zheng Jinmei still showed
up in a Christians’ prayer group the next morning and led others to pray. She
prayed to God for the injustice her son has experienced, and she believes that
God will never be wrong. If God allows Chen Yu to be imprisoned, God’s purpose
must be to refine him, so she asked God to protect Chen. She also lifted up
other pastors and Christians who are faithful to God but imprisoned and prayed
for authorities. May God have mercy on the officials who did evil things and
whose conscience is not awakened, and may they repent and turn to God. She promised
to remain vigilant with her husband, not wasting time indulging themselves in self-pity.
Rather, they will depend on God and be strong and joyful. She prayed in tears:

“Dear God, I cry because
of you, we kneel before you for those brothers and sisters who are imprisoned.
We know a lot of souls in prison long for your gospel and need your grace.
Lord, you use these pastors, elders, your daughters and sons including Chen Yu,
let them become your lamp in prison and lighten up the dark place.”