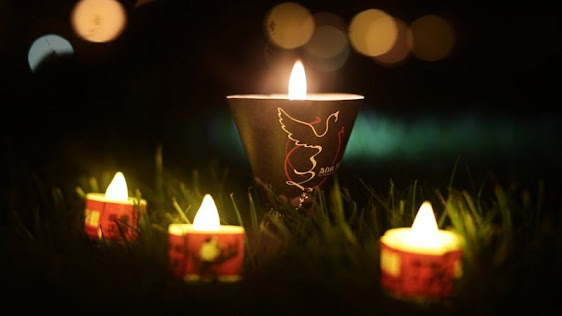 June 4 Tiananmen Square candlelight vigil.
(Photo: ChinaAid resource)
(ChinaAid Commentary—June 04, 2021) This year marks the 32nd anniversary of the “Tiananmen Square Massacre,” the blatant, brutal bloodbath CCP authorities cruelly orchestrated in 1989 to suppress the patriotic and democratic movement. As June 4th approached, with the new National Security Law now in effect, the CCP prohibited the Chinese from holding any events to commemorate “June 4.” Hong Kong also banned the June 4 candlelight vigil, held each year during the past 31 years in Victoria Park.

In Hong Kong, and in Macau, Chinese Communist Party (CCP) officials sentenced four people to prison, including Joshua Wong who participated in the June 4th candlelight vigil in Victoria Park in 2020. Currently, CCP authorities forbid citizens from organizing any public rally, evolving from political reason, on June 04. The CCP’s crackdown on all commemoration events has been ongoing in mainland China for 32 years. Each year, officials routinely imprison those who participate in commemoration events.

This year, due to the escalating crisis of China’s totalitarian regime and the approaching 100th anniversary of the CCP, government authorities have escalated and severely cracked down on folk commemoration events. Disturbing signs indicate that the CCP totalitarian regime fails to reflect on its actions and that it intends to embrace the universal civilization. The CCP’s intensified crackdown on folk commemoration events of “June 4th,” essentially depicts a vow that officials will pursue the opposite direction of the historical trend of human beings’ universal civilization.

Reports confirm that during the past three decades, Chinese individuals have held an annual photography exhibition and small-scale rally on June 4th, the Day of the Tiananmen Square Massacre, in Macau. Officials, however, have banned June 4th commemoration events in Macau since 2020. The document that police issued which Macau activists posted reveals that authorities perceive the images, slogans, and information released in the June 4th commemoration rally held in the past years:

While laws don’t change, the June 4th candlelight vigil held in peace, rationally, and lawfully, the CCP suddenly criticizes this event, stating that it violates many articles of the Criminal Law. Apparently, the verdict set out of political repression which aims to crackdown on June 4th candlelight vigils. This violates the Macau people’s rights to rally and hold demonstrations.

In the past, hundreds of thousands of people attended the June 4th candlelight vigil each year in Hong Kong. As Beijing tightened its control over Hong Kong during the past few years, the number spiked. In 2020, in Hong Kong as in Macau, authorities banned candlelight vigils. citing the pandemic as the “reason.” Nevertheless, tens of thousands of people still attended commemoration ceremonies.

On May 6, however, Hong Kong law enforcement authorities hosted a hearing regarding the case of the unapproved June 4th candlelight vigil in 2020. This led to CCP authorities accusing the aforementioned four people, including Joshua Wong—a young and pro-democracy activist, of “participating in an unapproved rally despite knowing the fact.” The District Court of the Hong Kong Special Administrative Region sentenced:

According to Hong Kong media, the Hong Kong Alliance in Support of Patriotic Democratic Movements of China notified police in late April regarding the June 4th demonstration scheduled for May 30, and the candlelight vigil scheduled for June 4. Although representatives met with police and discussed details of the June 4th demonstration, police issued an objection notice.

Police also detained Wang Aizhong, a Guangdong human rights activist, on May 28, as well as Huang Xiaomin, a Sichuan pro-democracy activist on May 30, on suspicion of “provoking trouble.” On May 31, local police ordered Chen Siming, a Hunan human rights activist, to serve 15-days detention for posting photos of a June 4th candlelight vigil.

Yang Shaozheng, former associate professor at the Party’s School of CPC in Guizhou, disappeared on May 18. In addition, many who attended the pro-democracy events in 1989 and human rights activists actively involved in pro-democracy events in the past years have disclosed that CCP police have summoned and ruthlessly threatened them. Officers explicitly directed these individuals not to accept any interviews, pen any “Tiananmen Square” articles, nor attend any commemoration events. Otherwise, authorities will severely penalize them. CCP authorities have even forced some human rights activists living in Beijing—to “travel.” 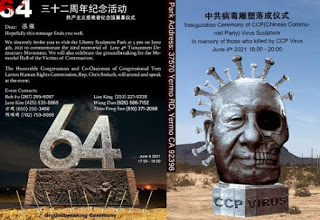 This year’s CCP crackdown on all June 4th commemoration events reveals the current officials’ complete reversal of the decision the former CCP totalitarian regime had issued. Even though the past regime defined the protest of 1989 as a hostile uprising to subvert the totalitarian regime, it acknowledged that the Tiananmen Square Protest portrayed political turmoil. It recounted the movement of 1989 in the discourse of class dictatorship and hostile dialogue of mortal combat.

The pro-democracy and patriotic protest of 1989 proposed explicitly “anti-corruption” “democracy,” and “human rights.” Essentially, it aimed to not only realize the universal civilization values including human rights, freedom, democracy, rule of law, and constitutionalism in China but also push the CCP to embrace human being’s mainstream civilization.

CCP authorities responded to protestors’ requests by slaughtering them, clearly demonstrating their stance against human beings’ universal civilization. Afterward, due to considering the world situation, CCP officials presented the 1989 massacre differently and pretended they were not against the universal civilization. Nevertheless, as the CCP’s actions appeared to indicate that they intended to be immersed in the trend of universal civilization in the name of opening and reforming, they changed their definition of the 1989 protest changed from the initial term, “riot,” to “political turmoil.” Until now, they did not directly crackdown on the June 4th commemoration events held in Hong Kong and Macau each year.

After taking power, however, Xi Jinping, the CCP’s new leader, publicly refused the universal value. He stated that he will show a path [his] to the world. President Xi declares that he will insist on totalitarianism and generalize it internationally. Subsequently, the CCP again defines the 1989 pro-democracy movement as a “riot,” characterizing the event as a battle of life and death between universal civilization and communism totalitarianism, basically contrary to the historical trend of universal civilization. 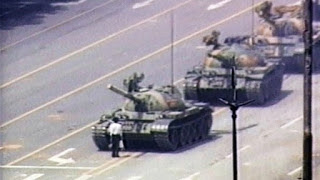 Currently, CCP authorities may use violent tolls and cruel crackdowns to officially ban all June 4th commemoration events from Hong Kong and Macau to mainland China. Nevertheless, they cannot control the development of human history, nor can they change its course. Universal values including liberty, democracy, human rights, rule of law, and constitutionalism will ultimately conquer the harm totalitarianism makes to humans. As one generation, carrying scars of its past persecution, transmits the spirit of human rights to the next generation, it also relates a potent reminder. History repeatedly confirms that no government, including the CCP, can ban the memory of an event that needs to be commemorated.

###
The Lord is known by the judgment He executes;
The wicked is snared in the work of his own hands.
Meditation. Selah
The wicked shall be turned into hell,
And all the nations that forget God.
~  Psalm 9:16-17 (NKJV)
China Aid exposes abuses in order to stand in solidarity with the persecuted and promote religious freedom, human rights, and rule of law. If you wish to partner with us in helping those persecuted by the Chinese government, please click the button below to make a charitable donation.