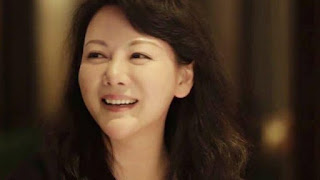 (ChinaAid Association —Nov. 6, 2020) In response to pro-democracy supporters for Ms. Geng Xiaonan who signed an open letter requesting that Chinese Communist Party (CCP) authorities release her, state security officers have warned, threatened, and questioned signatories regarding connections they have had with Ms. Geng, and Xu Zhangrun, her husband. Recently, Beijing CCP authorities detained Ms. Geng and Xu, renowned publishers in the media field, on suspicion of “illegal business operation.”

Although the CCP has fabricated a charge for signing the open letter advocating for Ms. Geng’s release from detention, supporters state that even though they may not personally know Ms. Geng, they are obligated to safeguard freedom of speech for everyone including themselves and her.

In the past, as Ms. Geng befriended numerous pro-democracy individuals, she has helped multiple pro-democracy dissidents, including Bao Tong, the political secretary of Zhao Ziyang, the General Secretary of CCP; Du Guang, a former professor at the Party School of the Central Committee of CPC; Yao Jianfu, the former researcher at the State Development Research Center; Yang Jiying, the former senior journalist of Xinhua News Agency and the associate director of Yanhuang Chunqiu Magazine, and others.

More than a month after Ms. Geng’s official arrest, the original number of publications authorities defined as “illegal” ones that she published, soared from several thousand to more than 200,000. This indicates that CCP authorities intend to severely penalize Ms. Geng and Xu.

Numerous professors at Qinghua University and Peking University in mainland China have bravely questioned the detention of Ms. Geng and Xu from the legal perspective, calling on authorities to release the couple, pursuant to laws. They have penned a letter, stressing: “Please immediately release Ms. Geng Xiaonan and her husband.” As they witness Beijing authorities’ illegal persecution against Ms. Geng and Xu, they are asking others to sign their open letter. CCP authorities have not responded to questions professors have raised from the legal perspective nor have they explained their rationale. Instead, they have questioned, summoned, and threatened those throughout the country who signed the letter.

Li Feifei, a prestigious media professional, disclosed “more than 340 people in China and overseas have jointly signed the petition.”

Several insiders residing in mainland China confirm that CCP authorities have been speaking to, summoning, threatening, and warning those who live there and have signed the letter, titled, “Please Immediately Release Ms. Geng Xiaonan and Her Husband.”

Conversations with police indicate officers will take more actions to intervene and discourage signatories. Authorities currently require that all they have spoken to and summoned should not release anything relevant to others.

In 2020, Ms. Geng called on people to follow several cases including those of Xu Zhiyong and Ding Jiaxi. Authorities arrested Xu for attending a Chinese citizen movement and enforced disappearance for Chen Qiushi, a citizen reporter, on the way to Wuhan to cover news about the pandemic.

July 6th, Ms. Geng released the news to overseas media that police seized Xu Zhangrun, a professor of Qinghua University. Speaking up for Xu drew attention to his case.

Ms. Geng believes that although she cannot be a hero with charisma or a shepherd holding light at night, she can “fulfill her responsibilities and obligations as a common person. I can’t be a hero,” she said, “but I can bring flowers to heroes and cheer them on. I can lead the horse for a hero, and protect him or her from being shot. I can bury the heroes who sacrifice their lives.”

Passionate about the development of democracy, human rights, and rule of law in China, Ms. Geng has contributed to the care of those going through political persecutions. For instance, Cai Xiao, a former professor of the Party School of the Central Committee of CPC, said that Ms. Geng Xiaonan “has taken good care of elderly dissidents who hold different political views, including Mr. Bao Tong, Professor Du Ms. Guang, Mr. Yao Jianfu, Mr. Yang Jisheng, and others. I admire her chivalry and courage.”

Ms. Geng said, “…. I have been deeply impacted by the Decembrist women who still shine in history.” She often speaks up for those whom authorities detained for practicing rights the Constitution grants. Nevertheless, her actions have incited demonstrations of authorities’ hostility. Zhangrun said that currently “any citizen can be penalized or lose freedom in China because of having a conscience and speaking up for justice.”

As people of conscience in mainland China advocate for the couple of Geng, CCP authorities deem them as allies of Ms. Geng and Xu, but enemies of the CCP. Therefore as authorities intend to massively crackdown on Ms. Geng and Xu, their cases deserve the global attention their open letter deserves.

On September 9th, 2020, Ms. Geng Xiaonan and her husband were criminally detained by Haidian police and recently were officially arrested by the Haidian procuratorate. As Ms. Geng Xiaonan’s friends, we are shocked. From our perspective, she is not only a law-abiding citizen but also a contemporary woman who fights for justice, doesn’t fear authorities, and speaks up. If a woman as such would “violate laws”, we could not help asking: what article of the law has she broken, what crime has she committed?
The indictment given to Ms. Geng Xiaonan by some departments is “illegal business operation”. It is said that the culture company the couple runs “prints and sells illegal publications”, which violates the related regulations about publication and management. We know, “illegal business operation” originates from “illicit trading” occurring in the planned economy era and has become a vague “pocket crime” which can be defined recklessly; “illegal business operation” applied to the publication field is prone to being the tool and excuse to suppress citizens’ freedom of speech, so it should be used with caution. Regulations on Publication and Management by the State Council in 2005, Article 55 states: “without approval……someone engages in publications, printing or duplication, importation, distribution”, which can constitute the illegal business operation. However, the regulation is against the Constitution Article 35: “Citizens have freedom of speech, publication…”, so the accusation should not be valid from the law perspective, particularly should not be used to sentence citizens.
Freedom of speech and publication is the foundation of the constitution for any country to achieve long-term peace and stability, and China cannot be an exception. From the “Great Famine” to the “Cultural Revolution”, from “SARS” to COVID, people have witnessed the social catastrophe caused by the control of freedom of speech and publication, which is unnecessary to recount here. The tight control on publication has silenced and muted Chinese opinions and the book market out of fears, which results in information simplification and a large number of fake and meaningless stories; it is astonishing that the vulgar Mantra for Peace can be officially published with all paperwork, but in fact, it is the inevitable outcome of control of the publication. The system of publication and administration which violates the Constitution has severely hindered the normal development of the Chinese book market but also harmed the free communication of thoughts and information—the biggest national benefit of China so that the book has to bear the unbearable pricy cost. In this circumstance, it is to practice the citizens’ fundamental right granted by the Constitution Article 35 that one person violates the administrative regulation which blatantly breaks the Constitution and does harm to the social good.

Even pursuant to the active and existent law and regulation, Ms. Geng Xiaonan’s deed doesn’t violate the criminal law. First, related departments never accuse that the content of publications on suspicion of illegal printing has any “problems”. Although Ms. Geng Xiaonan is bold and frank to speak up, the publications she operates are for children, about gastronome, cooking, nutrition, etc., and very popular on the market and do not contain sensitive content. Second, the key element of “illegal business operation” is the harmful ramification that they have on society. As a matter of fact, the so-called “illegal business operation” hurts the personal benefit of the publisher or author only; even if the illegal business operation is valid, these individuals should file a civil lawsuit, demanding compensation, and the state public power should never overstep by giving a criminal indict. The criminal detention and accusation against her is a severe abuse of the state criminal power.

Finally, even if related departments hold the belief that Ms. Geng Xiaonan commits a crime, their motive is apparently against the law—it is known that the real reason behind what they do is that Ms. Geng Xiaonan has courageously spoken up for Xu Zhangrun, Xu Zhiyong, Chen Qiushi, etc. who are sentenced because of their speech instead of the “illegal business operation”. “Illegal business operation” is just an excuse, and their real motivation is to penalize Ms. Geng Xiaonan because of her speech, so what some related departments have done not only violates the Constitution Article 35 but also constitutes the “abuse of power” defined in Administrative Procedure Law Article 70. “Abuse of power” means breaking laws consciously: even though the deed of the public power looks flawless on the surface, if their motivation is not appropriate, consciously breaking laws is as invalid as unconsciously breaking laws.
The majority of people in China hold the wrong thinking—if you intend to criticize the government, you should be “clean” first; otherwise, don’t condemn the government who gives you trouble. Sorry, this is disgusting logic and we refuse to go with it. Citizens are not saints, it is humans to err, but people can’t lose their fundamental right guaranteed in the Constitution Article 35 or have to endure the persecution by the state public power. If only “saints” can execute the right endorsed in the Constitution, none of 1.4 billion people including men, women, seniors, and youth in the country can practice any right granted by the Constitution.

No matter we like it or not, this is our family. We are willing to stand in solidarity with Ms. Geng Xiaonan, safeguard the family together, practice the freedom of speech and publication decreed in the Constitution together, obey and maintain the bottom line of a civil society together, resist the abuse of the state public power together—although our rights are not protected by laws effectively and even if we take risks to safeguard the mutual rights which belong to us originally.

Based on the listed-above reasons, we think that it is not Ms. Geng Xiaonan that violates laws in the event. Instead, the related departments which detain her. We strongly call on the related department to honor the Constitution and laws and let the couple of Ms. Geng Xiaona regain their freedom.
Organizers: Xu Zhangrun, former professor of Qinghua University Law School

If you are willing to show support to people penning the petition, please send your name, profession, and residential address to this email, [email protected]

(by the Pinyin order of the surname)