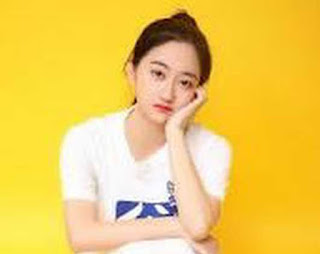 (Linyi, Shandong Province—Feb. 08, 2021) On February 6 at 8:30 pm, after Beijing police had detained Chinese human rights defender Li Qiaochu, charging her with “subversion of state power,” Chinese Communist Party (CCP) security personnel escorted her from Beijing to Linyi, Shandong, Province. In the past, Ms. Li, a 31-year-old labor issues researcher, as well as one of the founders of the New Citizens’ Movement, had regularly advocated for prisoners of conscience and their families.

I am crying while I write this update. For more than a week, CCP agents had tied Dr. Xu to an iron chair for ten hours a day, They deprived him of water and food. When escorting him back to his cell, guards covered his head with a black material beneath a heavy helmet.

On November 26, 2019, when police asked to speak with her for the first time, Ms. Li reported that several of the officers’ attitudes appeared vile. That first interrogation lasted overnight for more than ten hours. “I have a lingering fear hearing about another meeting,” she said.

Typically, a meeting with a police officer lasts no more than an hour. On February 6, officials delayed Ms. Li’s meeting with Officer Guo four and a half hours beyond the agreed meeting time (3 pm). With no news from Ms. Li at the police station, Luo Shengchun, wife of human rights activist Ding Jiaxi, became concerned. She phoned Officer Guo.

The first call went through but suddenly disconnected. The next few times, a recording kept repeating, “the phone you are trying to reach is currently in a call.”

I asked friends “Please pay attention (to Ms. Li’s situation). Before she met with Officer Guo, every time I heard about the meeting, I felt a tug at my heart. Pray for her safety. Also, pray that God will give civil servants like Officer Guo, a heart that knows shame.”

On the evening of February 6, Ms. Luo received news that Shandong Linyi police had detained Ms. Li and were escorting her to Linyi City. CCP officials, claiming they were Linyi police, then summoned Ms. Li’s parents to the Beijing Tongzhou Yuqiao Police Station and asked them to sign the criminal detention notice. Ms. Li’s parents did not immediately comply as they wanted time to examine and understand the document. When Ms. Li’s parents failed to quickly sign the document, the police immediately retracted it. Ms. Li’s father only remembered the words “Li Qiaochu was suspected of subversion.”

When Ms. Li came to visit me the other day, she kept crying. Her depression had gotten more severe. She had not slept for three days and had a splitting headache. She said that Dr. Xu had told her during the first meeting with his lawyer that he does not know how many years he will spend in prison…. He told her not to wait for him… to find a good man to marry.

Ms. Ye continued, “She’s such a frail woman, but according to the CCP, Ms. Li has become (someone) who subverted state power. How did the state power become so weak not to be able to withstand a gust of wind?”
###
The wicked flee when no one pursues,
but the righteous are bold as a lion.
~ Proverbs 28:1 (NKJV)