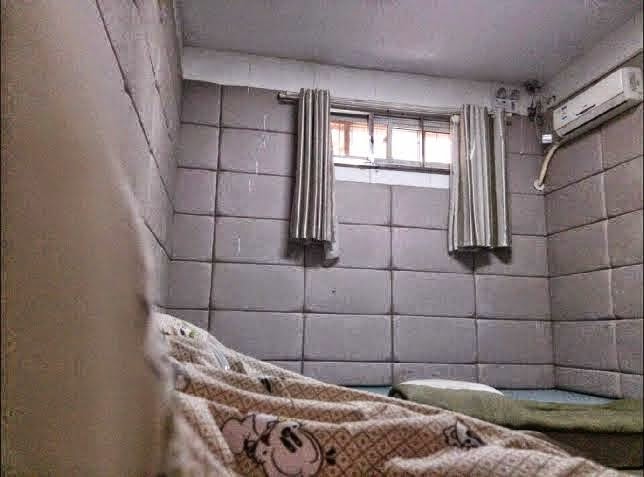 
(Nanle County, Henan—Nov. 18, 2014) The daughter of imprisoned China 18 member Pastor Zhang Shaojie was released from a black jail on Friday, two days before the one-year anniversary of her father’s detention, after having been abducted by Nanle County officials on Nov. 5 during a trip to one of her aunt’s store. Additionally, authorities showed up at the Zhang home on Friday to attempt to force the family to vacate their home as ordered in an October-notice.

“On Nov. 5, I went to my aunt [Zhang Cuijian’s] store to get a padded, cotton coat to take to my other aunt, Zhang Cuijuan, who is at the detention center,” Zhang “Shanshan” Lingxin told China Aid on Friday. “On my way back, three vehicles without license plates surrounded me. There were more than 20 people. They picked me up and threw me in a vehicle. I shouted for my aunt, and she came out and tried to get me, but they pushed me down and took me away.

“They hit my hands [when I used them to cover my head], pried them apart, and wouldn’t let me move. Three men hit my face and head. They also kicked me. Then, they took me to the Nanle County Party Committee guest house, where the rooms had been soundproofed. They locked me up there. After a while, my aunt Zhang Cuijian and Fan Ruizhen, [the woman leading the church during my father’s detention], came. We asked them why we were here. They said, ‘To study,’ which meant they talked with us and let us play poker. For each meal, they asked us what we would like to eat and drink so they could go buy those things for us. For 24 hours a day, there were around 15-20 people who watched over us in shifts. They released us this morning after 9 a.m.,” Shanshan said on Friday.

Shanshan also said that the government employees at the house confiscated the women’s cell phones and that there were surveillance cameras everywhere, taking video and audio recordings.

Later Friday afternoon, Shanshan, along with her mother and aunt Zhang Cuixia, were allowed to visit her father in prison for 30 minutes. “He was speechless [after learning on my kidnapping] and said that the authorities are totally devoid of respect for the law. He said that on [Thursday], people from the court went to see him and asked him to sign an evaluation form, [giving permission] to auction his house and my sister’s vehicle. He didn’t sign.”

Friday morning, before Shanshan made her way home after being released, Nanle County government employees went to the Zhang family’s home to attempt to force the family to move out of the home so it could be auctioned as was warned in a public notice the family discovered on Oct. 26. The notice stated that the family would be forced to leave the home so it could be auctioned since Pastor Zhang had failed to pay 700,000 Yuan (U.S. $114,000) in restitution for his fraud charge.

“They tried to force us to move out. They wanted to sell my house for 550,000 Yuan (U.S. $89,850) and sell the car for 49,000 Yuan (U.S. $8,000). They wanted to enter my house, and I wouldn’t let them in. I held some gasoline in one hand and held a lighter in the other. Then, they backed away,” Mei Xian, Zhang Shaojie’s mother, said. It is common practice for Chinese citizens, as a last resort, to threaten to kill themselves in order to get local authorities to cease their harassment.

Sadly, Sunday marked the one-year anniversary of Pastor Zhang’s apprehension. He was taken into custody on Nov. 16, 2013, and charged with “gathering a crowd to disrupt public order” and fraud, a charge which is largely believed to be fabricated, especially because the alleged victim, Li Cairen, has been held in a black jail since November 2013.

Pastor Zhang was sentenced to 12 years in prison on July 4, 2014. His lawyers are currently petitioning for his release.

The persecution against the Three-Self Patriotic Movement Church and its congregation resulted from a land dispute between the church and the local government.

“In this [past] year, we have experienced too many things. My family has suffered humiliation to the fullest extent, and the church has suffered a lot of persecution. My father has also suffered. Looking back on the past year makes me sad,” Shanshan said.

“What ups and downs the road has—they all feel the same,” she said. “I really hope this persecution ends quickly and the government gives us an explanation so that my father can be released from jail and reunite with us. We are looking forward to a free worship environment.”